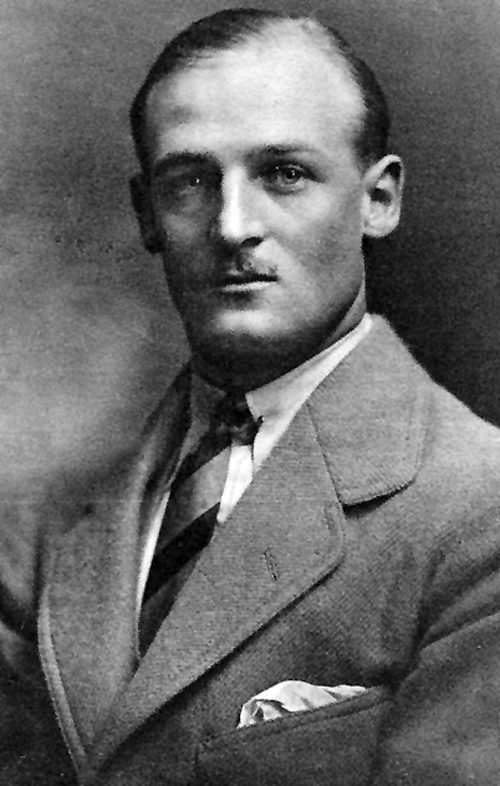 A TALENTED rugby player whose parents lived in Helensburgh and who was selected by both Scotland and England lost his life early in World War One when his Royal Navy cruiser was torpedoed.

His short but colourful life ended when he was killed in action on October 15 1914 at the age of 24.

When his family moved to Scotland he completed his education at the Edinburgh Academy from July 1906 to 1908, playing rugby for the 1st XV at centre and winning the high jump in each of the years he was there.

At the Academy he acquired the nickname of ‘Bunjy’ by asking for a rubber in the usual slang of King's, which was unheard of in Edinburgh.

He enrolled at Edinburgh University on May 1 1908 to study medicine, and in 1913 he graduated MB and ChB.

He played for the university 1st XV, as well as winning the university middleweight boxing championship and representing Scotland against Ireland at the long jump in 1912 — which he won with a jump of 22 feet, 9 and half inches.

Bunjy joined Edinburgh Academicals Rugby Club as a centre threequarter, and he became their captain in 1912-13.

At Christmas 1911 he was invited to tour Wales with the Barbarians but they lost both matches. He played for them again in a match against Leicester on December 30 1912, losing 15-11.

He was selected as a reserve centre for Scotland in 1912-13 but was never capped, and in 1913 he toured again with the Barbarians on their Easter tour of Wales but again lost both matches.

He moved to London to complete his medical studies and played rugby for both Blackheath and the London Hospital — representing the South of England on December 6 1913. 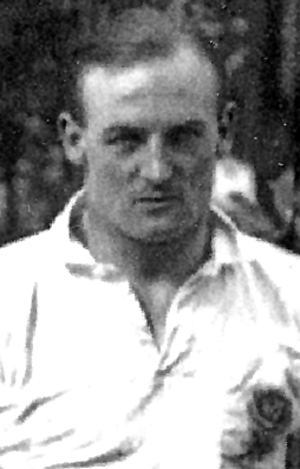 Early in 1914 he was selected by England at centre and made his debut at Twickenham against Wales on January 27, England winning 10-9.

He was selected for the following fixture, against Ireland on February 14, but missed the match because of an injury he sustained playing for Blackheath against Liverpool.

He next appeared against Scotland at Inverleith, Edinburgh, on March 21, helping England to win 16-15.

His third and final cap came on April 13 when he scored a try in the 39-13 victory at the Stade de Colombes, near Paris, clinching England's second successive Grand Slam.

In August 1914 he was appointed a Surgeon in the Royal Navy, and was posted to the 7,350-ton HMS Hawke, an old armoured cruiser operating as part of the 10th Cruiser Squadron assigned to the Northern Patrol.

Originally launched at Chatham in 1891 and one of the oldest ships still in service, she gained some measure of notoriety in 1911 after colliding with the Olympic, sister ship of the Titanic, in the Solent.

Now HMS Hawke was being used as a training ship and had many young cadets and reservists on board.

She had been recommissioned in February 1913 with a nucleus crew and had come up to her full complement on the outbreak of war in August 1914. During September 1914, she visited Lerwick.

On October 15 she was sixty miles off Aberdeen with another cruiser, HMS Theseus, when they were attacked.

They were operating without a destroyer screen, as attack by submarines was not yet commonplace. 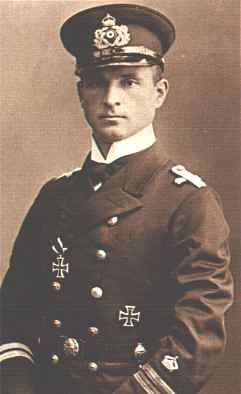 HMS Hawke had just turned to intercept a neutral Norwegian collier when the German U-Boat U9, commanded by Kapitänleutnant Otto Weddingen — which had previously sunk the cruisers Aboukir, Hogue and Crecy — launched a torpedo at Theseus

It missed its target but struck HMS Hawke amidships near her magazine. The torpedo detonation was followed by a massive explosion as the magazine blew up.

A second massive explosion followed, and a large number of the crew were killed.

The ship sank within eight minutes and was only able to launch one ship's boat. In all 525 men perished, and only the 49 men in the long boat were saved.

They were picked up three hours later by a Norwegian steamer. HMS Theseus was under strict Admiralty orders not to attempt to pick up survivors, as only several weeks earlier there had been a disaster when this happened.

A member of the German submarine crew later gave an account of the attack.

“I gazed at the little picture of the upper ocean,” he recalled. “The distant three cruisers were some wide space apart, but were converging, and were steering for a point and that point was apparently in the vicinity where we lay.

“No wonder the Commander thought they must want a torpedo. We imagined they were bent on joining forces and steaming together, but it presently became apparent that they intended to exchange signals, drop a cutter in the water, and deliver mail or orders, and then go their respective ways.

“We steered at full speed for the point toward which they were heading, our periscope showing only for a few moments at a time. The cruisers, big armoured fellows, came zigzagging.

“We picked one, which afterward turned out to be HMS Hawke, and manoeuvred for a shot. 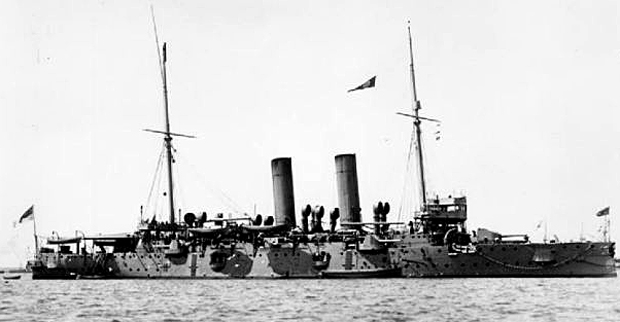 “It was tricky work. She nearly ran us down. We had to dive deeper and let her pass over us; else we would have been rammed. Now we were in a position for a stern shot at an angle, but she turned.

“It was a fatal turning, for it gave us an opportunity to swing around for a clear bow shot at 400 metres. ‘Second bow tube fire!’ — Weddingen snapped out the order, and soon there sounded the tell-tale detonation.

"We dived beyond periscope depth, ran underwater for a short distance, and then came up for a look through our tall, mast-like eye.

“The Hawke had already disappeared. She sank in eight minutes. Only one boat was in the water. It was the mail dory that had been lowered before the torpedo explosion.

“At the rudder the boat officer hoisted a distress signal on the boat's staff. That little dory and the men aboard was all that was left of the proud warship."

Bunjy’s body was never found, but he is commemorated on a stone tablet at St Michael’s Church in Helensburgh, on the Helensburgh Cenotaph war memorial, on memorials at King’s School and in the gymnasium at the Edinburgh Academy, on the Rugby Football Union war memorial at Twickenham, and on the memorial at Blackheath Football Club.