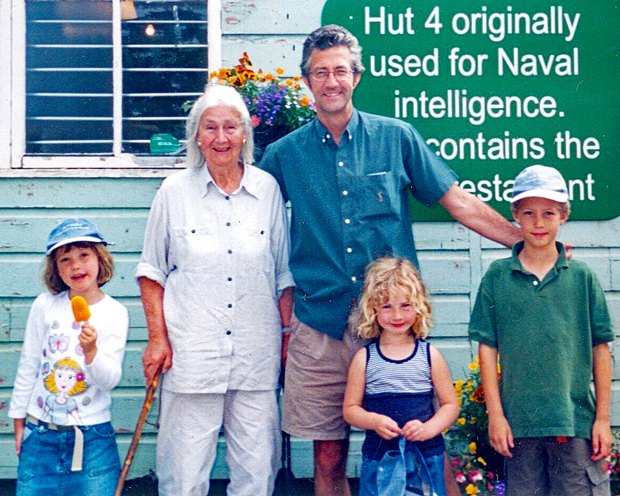 A PUPIL at the then St Bride’s School in Helensburgh — now Lomond School — became an intelligence officer and played an important part in the battle against German U-boats in the Second World War.

Caroline Chojecki MBE, who died on September 24 2017 aged 96, was born Caroline Elizabeth Rowett on November 11 1920, to John Quiller Rowett and his wife Helen, nee Coats, one of three children.

Her mother had had a leg amputated in 1915 after being incorrectly diagnosed with a tumour. Her father, who was originally from Cornwall, was a prominent businessman and philanthropist, whose wine and spirits import-export business supplied rum to troops on the Western Front.

Caroline’s early life was heavily influenced by her father’s suicide in 1924.

He took his life after losing money on a business venture in America and after spending £70,000 sponsoring the last Antarctic expedition of his school friend Sir Ernest Shackleton — the so-called Shackleton-Rowett or Quest Expedition — in 1921-22.

Shackleton died of a heart attack when his ship was anchored off South Georgia.

The family were shattered by Mr Rowett’s suicide and were left in a parlous financial state that required the sale of their homes in East Sussex and London.

His widow took his children to Scotland to be nearer her own parents, and they settled in Helensburgh.

There, at Sutherland House, Caroline fell very much under the wing of her uncle, Walter Coats, a Glasgow solicitor, who was a partner in the prominent law firm, A.J. & A.Graham.

Caroline was sent to St Bride’s, where her fees were paid by her uncle, and where she was still known as Betty.

She was both sporty and artistic and it was through his support and after a gap year living with a family in Paris she became a student at Cambridge University, where she read modern languages, specialising in French, Italian and German, at Girton College. 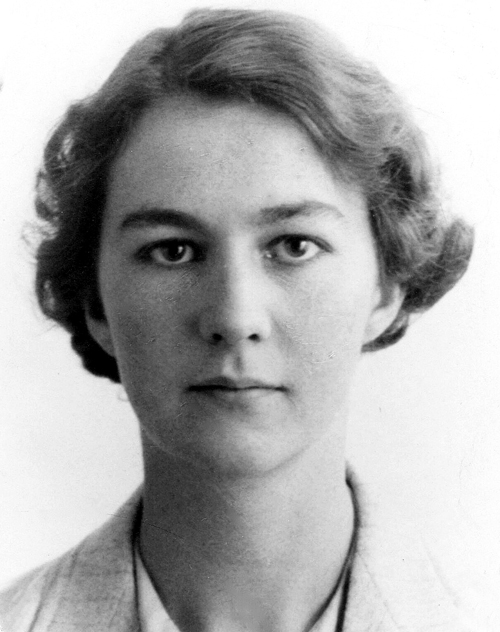 After graduating in 1942, she was drafted to serve in the Auxiliary Territorial Service, but was recruited to Bletchley Park, the government’s top-secret centre for code-breaking during the Second World War, by the head of the naval section.

She commuted regularly to Cambridge, where she looked after her mother and where she met her husband, Zygmunt Chojecki, a Polish exile in the city, after the war.

She was introduced to him because, like her mother, he had also lost a leg. In his case, it was in Italy after the Battle of Monte Cassino.

Zygmunt, who died in 1983, had been deported with his family from their home in eastern Poland during the Second World War and forced to work on Soviet farms in what is now Kazakhstan.

After his release, he joined the Polish Army in the Middle East and settled in England after the war. He later worked at the Soviet Studies Research Centre at Sandhurst, helping with Russian translation — and introducing his wife to the team.

The couple married in 1953 and had three children, who survive them. Maryla is married to Edward Green, a Deputy Lord Lieutenant of Edinburgh. Jan is a technology transfer specialist in biological science, and Alina worked as a nurse specialising in premature babies.

Caroline was appointed MBE in 1986 and retired from the Soviet Studies Research Centre in 1992 at the age of 72.

In later years she continued living at the family home in south Oxfordshire, kept in regular touch with her former colleagues at the Royal Military Academy at Sandhurst, and kept her eye on eastern European politics.

Away from her work, she had one great passion, which was painting in oil and water colours, particularly Italian landscapes, which she pursued at the holiday home that she built with her husband in the Abruzzo region of Italy.

The bolthole was purchased with a bequest left to Caroline by Walter Coats who died in 1969.

Dr Chojecki said: “She was very proudly and stubbornly quiet about her war work, and it was the first time she had been back since 1946. She was on the alumni list, but she had never talked to us about what she did there.

“She was more open then — we walked around all the huts and she described how the side door in Block B, giving on to the lakeside, used to be left open to allow air and a little extra light into the dark, smoke-filled offices where the ‘denizens of Hut 4’ had transferred in late 1942.

“You could tell that the memories were coming back.”

One of these memories was of a cold mid-January afternoon in 1945 when Caroline Chojecki, then 24, was struggling up a spiral staircase at Bletchley Park on her way to see colleagues in the “surface vessels” department.

An intelligence analyst who specialised in interpreting translated secret messages sent by the German U-boat fleet, she had been doing research into the possible range of Germany’s newest and largest submarines. She was carrying a volume of ‘Jane’s Fighting Ships’ and a copy of ‘Cassell’s World Atlas’.

As she neared the top of the stairs she suddenly collapsed, dropping the books, which clattered down the stairs to the floor below.

She had pushed herself beyond her limits, having worked flat-out in a continuous state of urgency.  The on-site doctor diagnosed exhaustion and prescribed two months leave.

His patient was infuriated. As she put it many years later: “The diagnosis was thoroughly unwelcome and I have never been so frustrated in my life. When I got back things were very nearly over, bar the shouting.”

Her career at Bletchley Park is little known outside the tight-knit and dwindling community of former colleagues who worked with her, and it is partly to do with the fact that she was infuriatingly modest.

She was proud of the contribution she made, but rejected praise of her work, often remarking of her time at Bletchley that she did not deserve credit because, unlike so many others, she “did not bleed” in the service of her country.

In fact, Caroline, who was a superbly organised, systematic and creative thinker, made an important contribution to the methodology at Bletchley when in 1943 she introduced a card-indexing system that prefigured the computerised intelligence databases that she helped to develop after the war.

At Bletchley the staff in her department were dealing with a huge amount of material as intercepted signals emerged from hundreds of U-boats.

She realised that key details could easily be lost, while the careful accumulation of information on any individual or craft could quickly develop into a useful profile.

She began to compile a database that was later copied by the Admiralty in London, which required her to visit once a week to maintain its version of the index.

The database grew steadily in size and importance as an analytical tool with Caroline writing firm information in fountain pen, leaving more speculative details in pencil.

“The card index was the bane of my existence because it would be useless unless kept up to date, but it proved invaluable later on,” she recalled.

In 1992 she gave a rare insight into her time at Bletchley Park. In a speech she delivered at Sandhurst, she recalled her place of work — Hut 4, the home of Naval Intelligence.

This she described as a damp and decrepit single-storey “shanty” painted in a mottled greyish-white with an old iron stove for heating, leaving its inhabitants with chilblains in winter even though almost everyone wore mitts.

“The most immediately striking feature of the analysts room in Hut 4 was the large cork wall-drawing which covered one end of it,” she said. “This represented a chart of the Atlantic and the Northern areas. Across this wall there appeared to crawl coloured caterpillars, with labels attached.

“There was also a scattering of labelled pins of a variety of colours. I was soon to learn that the caterpillars represented convoys, and their positions, course and speeds were all plotted currently as information was received. 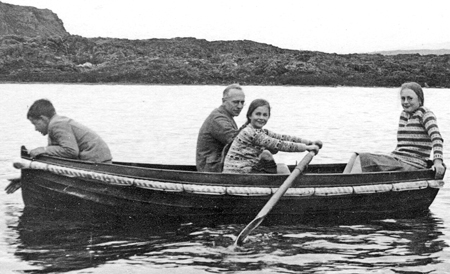 “Some coloured pins showed the reported locations of convoy stragglers, damaged or sinking vessels. Different coloured pins were used to show the estimated presence of a U-boat.

“The whole scene was constantly kept up to date, and everybody in the team took a hand in repositioning pins, plotting from shipping reports, or any other relevant information.”

After the war she declined an offer from the historian Harry Hinsley to join his team writing what would become his five-volume history, ‘British Intelligence in the Second World War’.

However, her career took off again in the 1970s when she became a key member of the Soviet Studies Research Centre, which was set up at Sandhurst in 1973.

She joined to help with clerical tasks, but her experience at Bletchley Park, which was initially unknown to her new employers, quickly became evident.

At Sandhurst, she introduced a computerised version of the Bletchley card index system, which became central to the unit’s operation as it grappled with Soviet strategy and capabilities.

One of these (above) is of Caroline, aged 13, in a rowing boat belonging to Walter Coats, with her at the oars and her brother and sister also in the boat, somewhere off the west of Scotland, most probably Argyll.

Jan said: “She was always very fond of Scotland and most definitely regarded it as home, often holidaying up the west coast somewhere, and I know her thoughts on her later years often drifted there.”