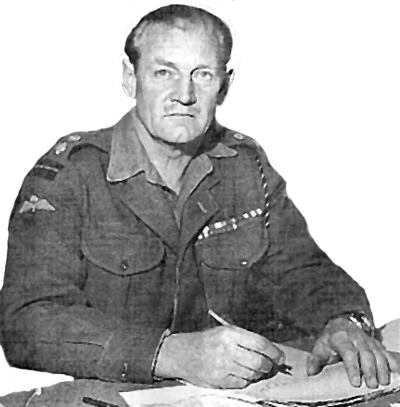 THE VIEW down Charlotte Street in Helensburgh and across the Clyde must have been a very welcome change for a World War Two soldier hero when he returned from captivity.

The Helensburgh and Gareloch Times reported his return to the burgh in the early summer of 1945 with the headline ‘Repatriated’.

The paper stated: “Lieutenant Colonel J.M.T.Churchill, DSO and Bar, MC, whose daring exploits as a Commando leader at Vaasgo and Salerno won for him nationwide fame, is home again after spending nearly a year in German Concentration Camps.”

Home was Crossways, an imposing villa looking down Charlotte Street which was actually the home of his in-laws, shipbuilding boss Sir Maurice Denny, Baronet, and Lady Denny.

His wife Rosamund lived there with her parents during the war years.

The Colonel, who became known as ‘Mad Jack’ to his men because of his bravery, met and fell in love with Rosamund Margaret Denny, at that time a nurse at Dumbarton Hospital, when he came to Scotland for Commando training.

They were married at St Augustine’s Church, Dumbarton, on March 8 1941, and had two children, Malcolm John Leslie, born in Helensburgh on November 11 1942, and Rodney Alistair Gladstone, born on July 4 1947.

The extraordinary career of Lieutenant Colonel John Malcolm Thorpe Fleming Churchill was featured in a recent book compiled by the Norwegian Royal Explorers Club to honour the finest explorers and adventurers of all time.

Espen Lazarus, co-founder of the Royal Explorers Club and researcher for the book, said: “'I would rate Jack Churchill as one of, if not the most, inspirational and impressive people we have researched.

“His key traits that contribute to this impression are of course his resilience, somewhat demanding leadership style and obvious disregard for danger.”

His exploits included capturing 42 German soldiers armed only with his trusty Claybeg sword, making the last recorded bow and arrow kill in wartime, and saving 500 people in Jerusalem from certain death.

Jack was born in Surrey on September 16 1906. His father, Alex Churchill, was on leave from the Far East, where he was Director of Public Works in Hong Kong and Ceylon.

After education at the Dragon School, Oxford, King William's College, Isle of Man, and Sandhurst, he was commissioned in 1926 into the Manchester Regiment and gazetted to the 2nd Battalion, which he joined in Rangoon.

Returning from a signals course at Poona, he rode a Zenith motorcycle 1,500 miles across India, at one point crashing into a water buffalo.

In Burma, he took the Zenith over railway bridges by stepping on the sleepers — there was nothing in between them — and pushing the bike along the rails.

He moved from Rangoon to Maymyo where he was engaged in ‘flag marches’, moving up and down the Irrawaddy by boat, visiting the villages and deterring those who might be contemplating robbery, murder or banditry.

At Maymyo he learned to play the bagpipes, tutored by the Pipe Major of the Cameron Highlanders, and became an outstanding performer.

When the regiment returned to Britain in 1936, he became bored with military life at the depot at Ashton-under-Lyne and retired after only ten years in the Army.

Next Jack went on a grand tour of Europe, accompanied by his great friend and fellow soldier Rex King-Clark, who lived in Helensburgh for many years and later wrote a biography of Jack.

He took minor parts as an archer in films, including Ivanhoe and The Thief of Baghdad, played the bagpipes as an entertainer, and represented Great Britain at archery in the 1939 World Championships.

When World War Two broke out in 1939, he was recalled to the Army and went to France, taking with him his bow and arrows which he used on patrols against the Germans in front of the Maginot Line. The weapon was silent, accurate to 200 yards and lethal.

After the Germans attacked, Churchill was awarded the MC in the retreat at the Battle of l'Epinette, near Bethune, where his company was trapped by German forces.

He fought back with two machine guns — and his bow — until ammunition ran out, then guided the remains of the company through the German lines at night and reported back to Brigade HQ. Later he was wounded, and he carried a bullet in his shoulder for the rest of his life.

After returning to England, he joined the Commandos and in 1941 was second-in-command of a mixed force from 2 and 3 Commando which raided Vaagso in Norway.

The aim was to blow up local fish oil factories, sink shipping, gather intelligence, eliminate the garrison and bring home volunteers for the Free Norwegian Forces. 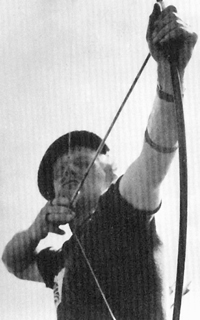 Before the landing he decided to look the part. He wore silver buttons he had acquired in France, carried his bow and arrows and armed himself with a broad-hilted claymore, and led the landing force ashore with his bagpipes.

Although he was again wounded, the operation forced the Germans to concentrate significant forces in the area.

When he recovered, Jack was appointed Lieutenant-Colonel commanding 2 Commando, which he took through Sicily, leading with his bagpipes to Messina, and then to the landings at Salerno.

With the help of a corporal he captured the village of Pigoletti and its garrison of 42 men as well as an 81 mm mortar and its crew.

In further fighting along the Pigoletti Ridge, he was recommended for the Victoria Cross but eventually received the DSO.

His next mission was in the Adriatic, where he was appointed to command a force of 43 Royal Marine Commando and one company from the Highland Light Infantry, with eight 25 lb guns.

They landed on the island of Brac, then attacked and captured the 2,500 ft high Vidova Gora, the approaches of which were heavily mined.

Playing his pipes, he led 40 Commando in a night attack which reached the top of the objective, where he was wounded and captured.

"You have treated us well," he wrote to the German commander after only 48 hours in captivity. "If, after the war, you are ever in England and Scotland, come and have dinner with my wife and myself.”

The German was Captain Hans Thornerr, and later that note saved his life when the Yugoslavs wanted to have him shot as a war criminal.

The Germans thought, wrongly, that Churchill must be a relation of the Prime Minister.

Eventually he was imprisoned in the notorious Sachsenhausen Concentration Camp, near Berlin, where he was chained to the floor for the first month.

He tunnelled out of the camp with an RAF officer, but was recaptured and transferred to a PoW camp in Austria.

When the floodlights failed one night he escaped and, living on stolen vegetables, walked across the Alps near the Brenner Pass and made contact with an American reconnaissance column in the Po Valley.

After recovering in Helensburgh he was appointed second-in-command of 3 Commando Brigade, which was in India preparing for the invasion of Japan, but the war ended before this could happen.

He took a parachute course, making his first jump on his 40th birthday, and commanded 5th (Scottish) Parachute Battalion, becoming the only officer to command both a Commando and a Parachute battalion.

He had always wanted to serve with a Scottish regiment, and so transferred to the Seaforth Highlanders, becoming a company commander.

In 1948 he was appointed second-in-command of the Highland Light Infantry, then serving in Jerusalem.

Terrorism was widespread and on April 13 1948, Arabs ambushed a Jewish convoy of doctors on the way to the Hadassah Hospital, near Jerusalem.

Jack, having ordered reinforcements for his small force, walked alone towards the ambush, smiling and carrying a blackthorn stick.

"People are less likely to shoot you if you smile at them," he said. So it proved.

He then managed to evacuate some of the Jews, but they thought that the Jewish army would save them and did not require his services.

As one of the HLI had now been killed by Arab fire, he withdrew — and 77 Jews were then slaughtered. Later he assisted in the evacuation of 500 patients and staff from the hospital.

Next came two years as second-in-command of the Army Apprentices School at Chepstow, before serving for two years as Chief Instructor at the Land/Air Warfare School in Australia.

In 1954, he joined the War Office Selection Board at Barton Stacey. During this period he rode a surfboard a mile and a half up river on the Severn bore.

His last post was as First Commandant of the Outward Bound School.

His son Malcolm said: “He didn't brag about his career at all, but he would be happy to talk to anyone who asked, particularly if it was over a couple of nice glasses of wine in the evening.

“Mother ran the house, not him. Father was quite happy to have things quiet at home.”

After retirement, he devoted himself to his hobby of buying and refurbishing steamboats on the Thames, acquiring eleven. 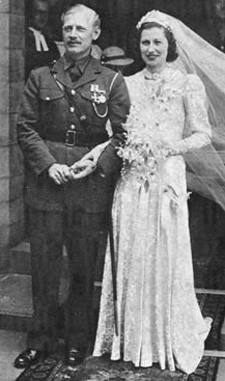 He and Rosamund were now able to spend more time together, and they used part of it sailing the coal-fired steam launches between Oxford and Richmond.

Jack was decked out in an impeccable yachting cap and Rosamund gave him appropriate sailing orders.

He was a keen maker of radio-controlled model boats, which he sold at a profit, and also took part in motor-cycling speed trials.

When he was not engaged in military operations, Jack was a quiet, unassuming man, though not above astonishing strangers for the fun of it.

In his last job he would sometimes stand up on a train journey from London to his home, open the window and hurl out his briefcase, then calmly resume his seat.

Fellow passengers looked on aghast, unaware that he had flung the briefcase into his own back garden.

Romantic and sensitive, he was an avid reader of history and poetry, knowledgeable about castles and trees, and compassionate to animals, even to insects.

He and Rosamund enjoyed a 55-year marriage until his death on March 8 1996 — their wedding anniversary.