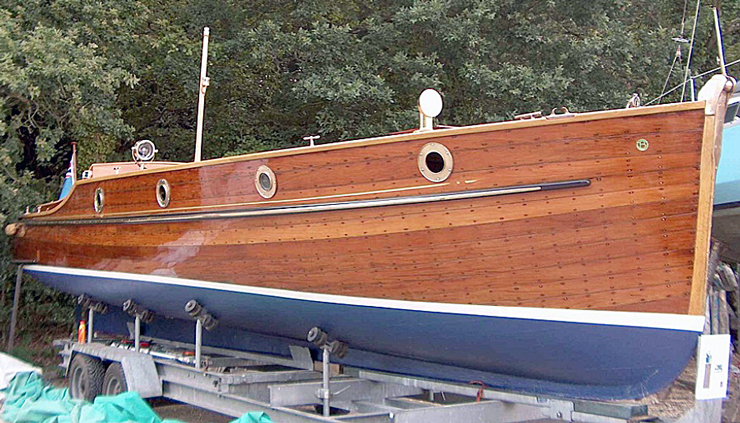 RESTORING a small boat with links to the former Admiralty Torpedo Range at Arrochar has become a 30-year obsession for its owner.

Now Robert Clements wants to establish more of the history of the motor launch, and he hopes Helensburgh Heritage Trust website readers can help.

He said: “I have for many years now been restoring a boat believed to have worked possibly in recovering torpedoes tested at the Arrochar RN Torpedo Range at Loch Long.

“I am still in the process of restoring this craft today — in my 58th year — not least because she represents a life's work, but also because she is the last remaining complete example of her type in existence and almost certainly the oldest!”

Robert, who lives in Hazel Grove, a suburb of Stockport in Cheshire, and his father James bought the craft in the early 1980s with the express intent of restoring her to a condition in which they could enjoy a little time together on the water.

“Sadly, Jim died early on in our quest, but having put so much effort into completing the 28 h.p. Henry Meadows motor, it then became a matter for me of finishing what we had already started,” he said.

“Had I realised the magnitude and scale of this undertaking, I would possibly have also started a book — I most certainly did not expect to find that I would be in possession of an 'historic' Brooke marine craft.

“Not until I visited John Williams at the National Motorboat Museum at Pitsea, near Basildon in Essex, and discussed the size of her engine beds did this come to light. He also suggested I speak to Brooke Marine at Lowestoft.”

Some time later he received a call from J.D.M.Brooke, grandson of her original builder, and the marine detective work really began.

He said: “Responding to his request for a sketch of her engine beds, l duly received an outline specification of engine beds that were compatible with the Brooke 65-F/10, which, weighing a massive 1,880 lbs, was used in early Brooke racing craft as is consistent with her design.

“Tracking down the Port of Lowestoft ledgers, Peter Hansford, a former Brooke planning manager and archivist, established the only 32 ft boat to fit this profile was serial 26 on the Port registration index, but she was listed as fitted with a 45 horse power marine motor!

“Initially this presented a quandary, but as her Admiralty contract was placed with J.W. Brooke in December 1912, it was considered most likely that ML117 was already in being at the time of the contract placement, and re-engined using their smaller 45 h.p. power unit as being more compatible for use at the Loch Long Torpedo Range.”

ML117 was built from Honduras mahogany on oak for lightness and speed, and set up for the then powerful 65-F/10 production marine motor.

Robert said: “The Brooke 40-F/28/30 marine motor presently fitted is her 1928 retrofit power unit, and thought to be the only remaining example today — the sound of this motor is more reminiscent to that of an old aero-engine than a marine craft!“

In search of local detail, he contacted Mary Haggarty of the Arrochar, Tarbet and Ardlui Heritage Group, and she sent a pamphlet prepared by the Group called ‘How The Villages grew’.

Page 10 of this pamphlet shows a picture of three men, Andy MacDonald, Neil Belford and Donald Mathieson, on a boat which looks very similar to Robert’s craft. 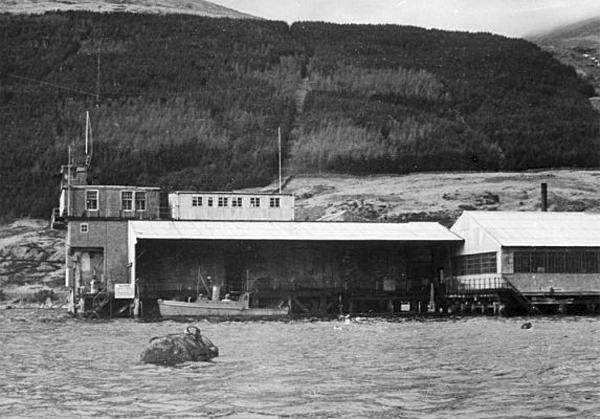 A picture (left) on page 13 shows what appears to be a 32 ft boat nestled in against the wharf, with the four engine room port lights obscured by the boat hook stowed against the rubbing band top-side. It could be ML117.

Robert said: “To have original photos of these would quickly confirm whether she is one and the same, as what I have are a bit grainy, especially when enlarged.

“It may be possible that one or more recent generations of the three gentlemen depicted still live locally — if so, perhaps they may have similar photographs of this boat?

“The Brooke archives suggest that ML117 was sold locally as surplus somewhere in the Strathclyde area around 1935/36.  It could be that someone may know her, or even purchased her?

“We understand she was impounded in this same area by HM Customs and bought possibly in 1945, by Mr J.Dumbell, who may have worked at the Torpedo Range.

“She certainly had a then brand new 1945 Henry Meadows 28 h.p. Kittiwake engine installed for river cruising.”

Asked what he intended to do with the vessel once the refit work was completed, he replied: “Maybe a museum on completion, but which is most appropriate needs to be determined.”

The Torpedo Range was operational from 1912 to 1986, and the abandoned Admiralty buildings, pier and slipway remained visible on the west shore of the loch, opposite Arrochar, until 2007, when the site was partly destroyed by fire and then partly demolished.

Originally an Admiralty facility, the range became the Royal Naval Torpedo Testing Station and Range, referred to variously as the Loch Long Torpedo Range and the Arrochar Torpedo Range.

The Argyllshire Standard and The Herald of August 1907 carried articles about plans to set up the Range. The fear that it might monopolise the loch prompted the County Council to lodge an objection.

Concerns expressed included potential damage to passing vessels, disruption to local fishing, and tourist reluctance to visit such an area. 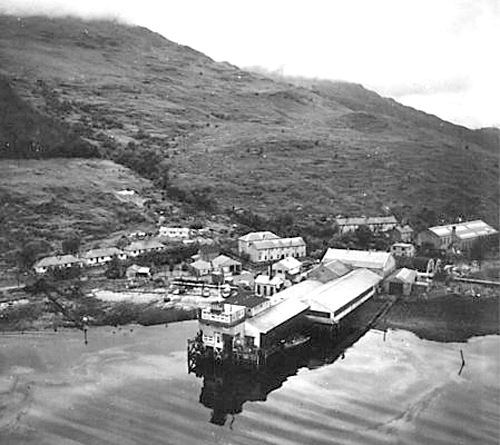 An inquiry was held to allow objectors to voice their opposition, but they failed to win the day. The contract was awarded to McAlpine, who began work in 1908 and handed over the range to the Royal Navy in 1912.

In 1915, a German, Augusto Alfredo Roggen, was executed at the Tower of London by men of the 3rd Battalion, Scots Guards, after having been found guilty of spying on the range.

Test firing was carried out from submarines, from torpedo tubes built beneath the pier of the test facility, or from a modified German-built vessel, similar to a Clyde Puffer, equipped with two underwater torpedo tubes fitted beneath the bow.

A line of floating targets was moored in the loch, in line with the pier, and the test torpedoes were intended to run under these. Local people reported regular misses, and some test torpedoes occasionally leaving the water.

It is clear that some test torpedoes were lost or abandoned, as the rusting remains of a battery-powered torpedo lay on the shore south of nearby Ardgartan for many years.

Torpedoes under test were constructed without warheads, and designed to float to the surface on completion of their test run. Testing ended after an explosion at another range, involving the same torpedo type then being evaluated at Loch Long.