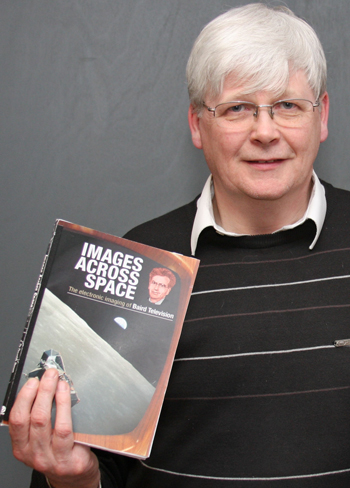 Dr Brown, director of the Strathclyde Science and Technology Forum, is an expert on Baird and his work, about which he has twice spoken to open meetings of Helensburgh Heritage Trust. He has also conducted workshops for the Trust in local primary schools.

The inventor's son, Trust president Professor Malcolm Baird, said: “The book covers the early work of my father in the context of the other TV pioneers and it also focuses on the company Baird Television Ltd. (1930-39) and the later impact of BTL and its staff — in electronic as well as mechanical technology.

“It is based mainly on Douglas's research for his Masters and Doctoral degrees at Strathclyde and it contains a lot of material that has not hitherto been published.”