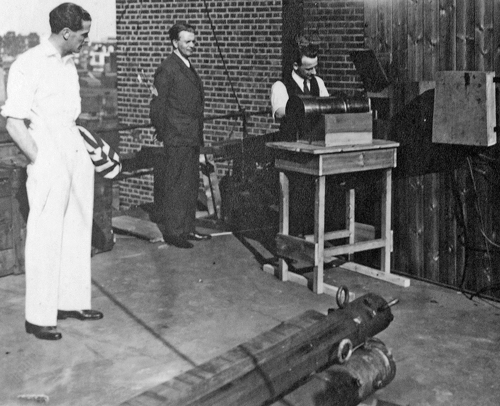 The great entertainer Jack Buchanan, who was born in the burgh on April 2 1890, was a lifelong supporter of the TV inventor and invested in the new medium.

It all started in the family home, Garthland in West Argyle Street, just along the road from John Logie Baird who lived in The Lodge at the corner with Suffolk Street.

In Jack’s bedroom there was an alcove at the window, and he used the curtains as if it were a little stage to perform for his family and friends.

The depth of friendship between the two Larchfield School pupils was revealed in Baird’s memoirs, ‘Sermons Soap and Television’, published by the Royal Television Society in 1988.

Jack, known at that time to his friends as ‘Chump’, and John were both members of both what they called the Argyle Street Cricket Club and also their own youthful Photographic Society which met at The Lodge. Jack is extreme right in the picture (below left) of the cricketers taken by John.

An indication of how close they were comes in a story told by Baird which illustrates how boys would be boys at that age.

“At one of our Society meetings our discussions on photography were interrupted by Chump,” Baird wrote. “He had, it appeared, suffered a terrible insult.

“While Chump innocently passed the time by instructing young Sonny Forbes how to climb a lamp post, and stimulating Sunny with application of a rubber strap, old Forbes had appeared and, unthinkable insult, boxed his ears.

“The club there and then were enlisted to wipe out the insult and avenge ourselves on old Forbes. 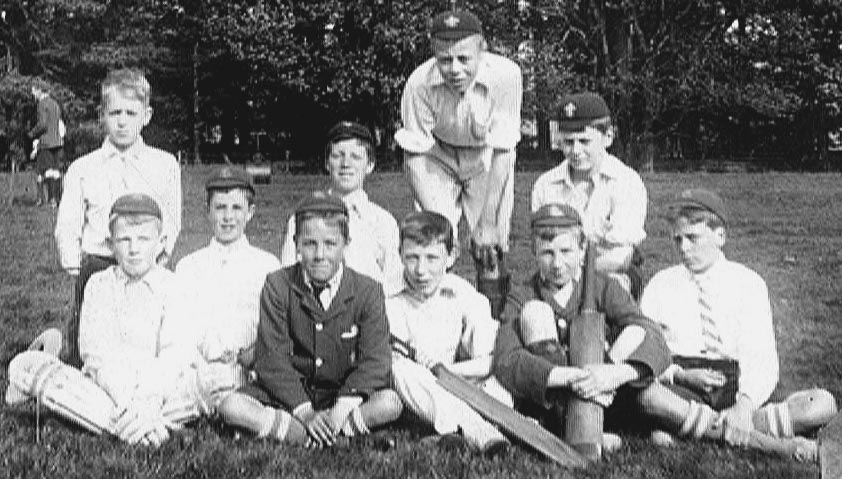 “Our first effort was to borrow a builder’s ladder and climb to old Forbes’ pigeon loft and wring the necks of all his pigeons.

“In cold terror I clutched the bottom of the ladder as the bold Chump at the top did his dastardly work on the wretched pigeons.

“We took the bodies down to Brown, the fishmonger, and sold them for four pence.

“All poor old Forbes’ prize tulips were ruthlessly cut down and laid in a row on his front door, the door bell was then pulled by a string, and when old Forbes came out to investigate he was greeted by a volley of mud balls.”

Such escapades, however, were too much for most of the club members and resignations were tendered from all sides.

In spite of a hastily passed rule that all members who resigned should be fined five shillings and receive six strokes with the cane, the club quickly broke up.

Jack’s path to respectability began when he played in amateur dramatics and local music halls before moving to London to work as an understudy and chorus boy.

Rejected for military service at the start of World War One because of poor health, he taught himself to dance, and played a leading role in the touring version of the West End hit musical comedy Tonight’s The Night in 1915. 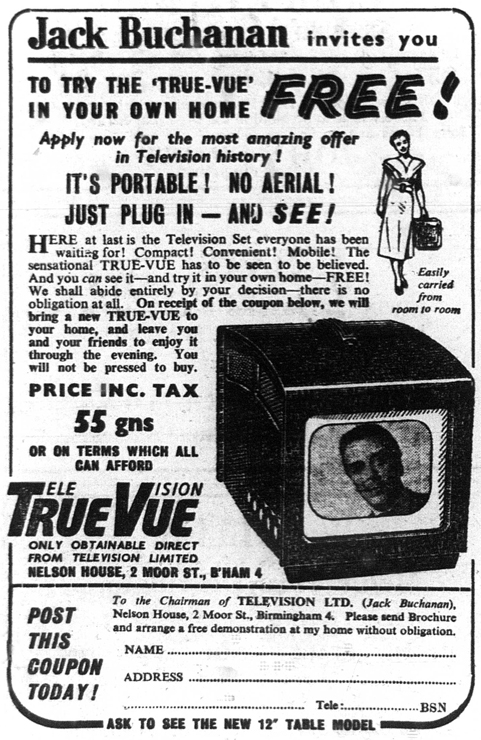 His big break came two years later when he took over from Jack Hulbert in producer Andrew Charlot’s revue Bubbly, followed by another Charlot show, A To Z, in 1921.

Jack became a director of the Baird Television Company in the 1920s and introduced his friend to the press in 1926 when he gave the first public demonstration of television.

He was on the roof of the Soho building where Baird worked, and took part in the first TV transmission across the Atlantic in 1928 (pictured at top of page).

The company produced high quality TV sets from 1946-48, and at Jack’s suggestion the models were named after London theatres, the Adelphi, the Lyric and the Garrick.

Jack made all the legal arrangements for the company to provide a pension for JLB’s wife Margaret. After 1948 another company took over and continued to pay the pension.