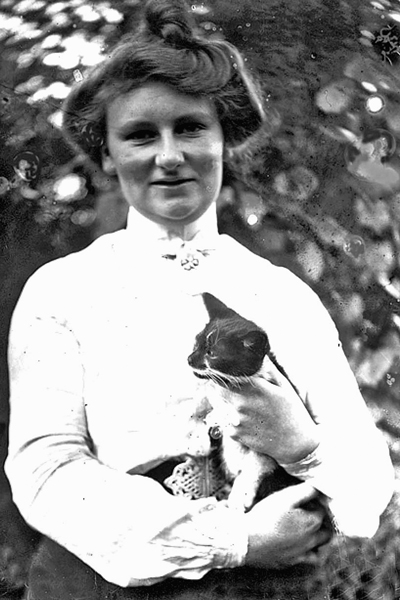 TV INVENTOR John Logie Baird is by far the best known member of his Helensburgh family, but his sister Annie also had a distinguished career in nursing.

The 100th anniversary of the start of World War One prompted the inventor’s son, Professor Malcolm Baird, to research the interesting life of his aunt.

Annie Inglis Baird was born in 1883 at the family home, The Lodge, West Argyle Street, where she was to spend most of her life.

She attended the Ministers’ Daughters College in the Grange district of Edinburgh. The school later changed its name to Esdaile and it finally closed in 1967.

Annie decided on a career in nursing  and received her early training at the Deaconess Hospital in The Pleasance, then an impoverished part of Edinburgh. The hospital closed in 1990 but its stone frontage can still be seen.

Most of her time was spent in Casualty Clearing Stations which were located close to the front.

Malcolm, who is president of Helensburgh Heritage Trust, said: “They were horrific places. Wounded men would be brought in on stretchers and given immediate treatment before being sent on to hospitals further behind the lines.

“Tragically, some of them died at the clearing stations. Annie’s notebooks listed the names and ranks of the dead and the addresses of their next of kin.

“One of her most harrowing duties was to write a personal letter to each of the next of kin, timed to arrive a few days after the war office telegram which officially gave the tragic news.

“These notebooks are a stark and moving reminder of that war.”

The Casualty Clearing Stations were usually tents which provided little or no protection from shell fire, or the bombs which were occasionally dropped by enemy planes. 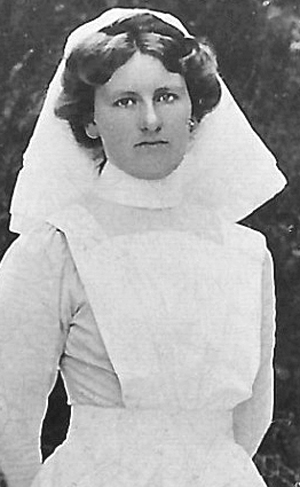 Annie was mentioned in dispatches twice. On January 23 1918, she was summoned to Buckingham Palace to receive the Royal Red Cross, the highest military award for nurses.

After the war, she continued her nursing career at a hospital in Deptford in the east end of London, where she kept a sisterly eye on John Logie Baird who had moved to London in 1920.

He had previously been in Trinidad setting up a jam factory, but the business had failed and his health had weakened. A few years later he moved to the more healthy air of Hastings on the south coast and it was there that he started to work on television.

In May 1924, Annie and John were back in Helensburgh for the funeral of their mother, who had died at the age of 68 after a short illness.

Annie stayed on at The Lodge to look after her father, the Rev. John Baird, who was in his 80s.

Her father died in 1932 at the age of 90, leaving Annie the house, where she continued to live quietly with her faithful housekeeper Margaret Scott.

Between 1935 and 1937 Annie and Margaret were in London helping John Logie Baird and his wife to run their large house and look after daughter Diana, who was born in 1932 and son Malcolm, born in 1935.

“At this time my father was under great pressure with his television work, and my mother was having a bout of clinical depression,” Malcolm said.

World War Two started in 1939, and once again her country needed Annie’s services.

Although she was too old for the rigours of active service, she was appointed Assistant Matron of Lennox Castle Hospital, just north of Glasgow.

In her own self-deprecating term, she was a ‘dugout’ from the past, but later she was glad to have had the appointment as it qualified her for the Old Age Pension. 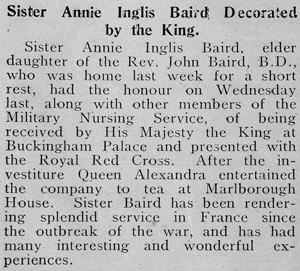 Not long after John Logie Baird’s death in 1946, his widow and children moved back north to live with Annie at The Lodge.

“She was in her retirement years and was highly respected in Helensburgh,” Malcolm said. “We shall always remember her pride in her brother’s achievements.

“Aunt Annie was always reticent about her time as a nurse in World War One, although she could reel off the words of the great old songs.

“The details of her war service only emerged after her death in 1971, when medals and papers were found among her effects.

“Annie can truly be described as a war hero, although she might have been rather uncomfortable with that description.

“I can almost hear her saying that the men in the trenches were the real heroes, and she was just doing her job.” 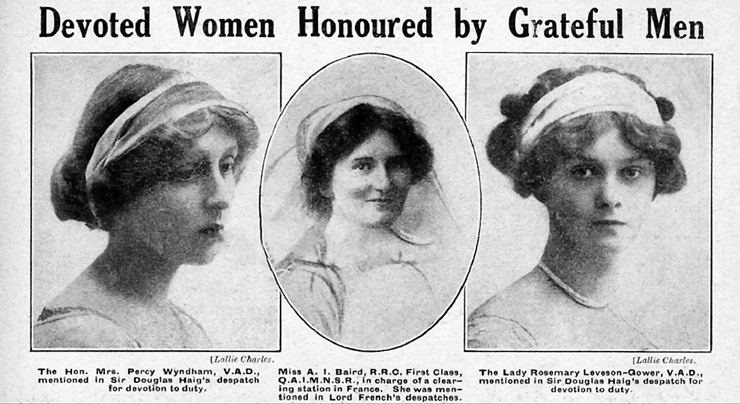 From the January 27 1917 photographic publication 'The War Illustrated', published by courtesy of Sleekburn Prints.com.