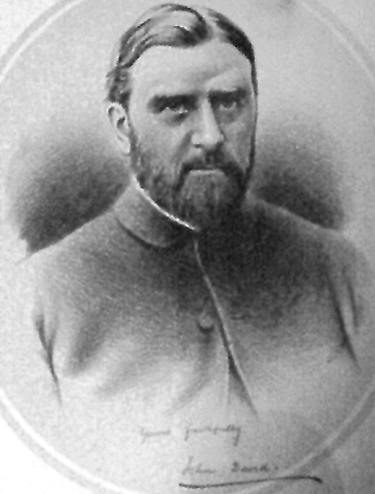 TV INVENTOR John Logie Baird is arguably Helensburgh’s most famous son, but what about his father?

The Rev John Baird was a formidable figure. Many may have seen him in a well known and much published photo outside his West Argyle Street home, with his sister Annie and son John.

Local history records him as minister of the long-demolished St Bride’s Church in West King Street and as a powerful preacher.

His grandson, Professor Malcolm Baird, hon president of Helensburgh Heritage Trust, recently completed an article about his early days in the burgh, based on material written by John Logie Baird and assisted by research undertaken by Trust chairman Stewart Noble.

John Baird was born in 1842 and raised at his father’s farm, Sunny Brae (below left) just outside Falkirk, in the Camelon area, and the single storey stone farm building still survives.

He was the first of his family ever to go to university. He entered Glasgow University in 1860, took his M.A. and then his B.D.

My father, John Logie Baird, has given us a thumbnail sketch of the early career of his father, the Rev John Baird (1842-1932).

He wrote: “My father was Minister of the West Parish of Helensburgh, a small watering place near Glasgow.

“He had gone there immediately after finishing his studies at Glasgow University, where he showed remarkable talent. 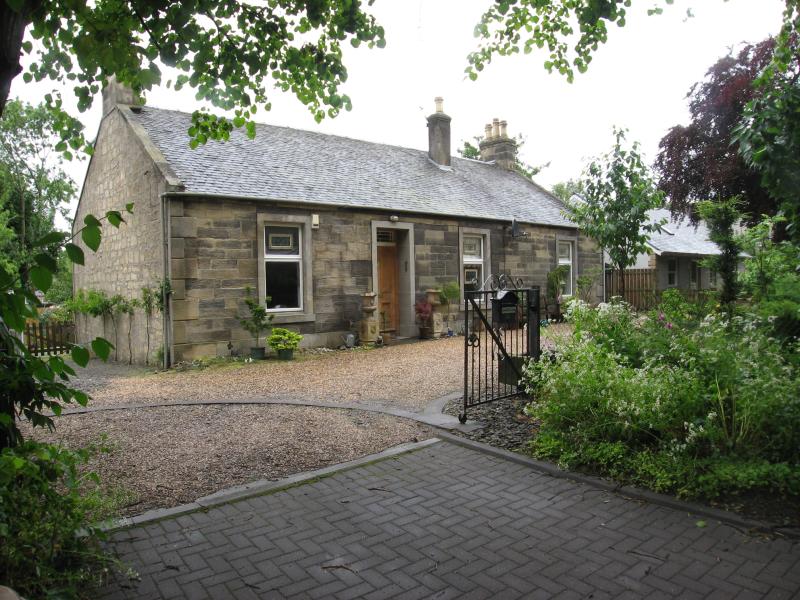 “A small body of residents in this little seaside resort sent a request to the University that a student should be sent to open a small church to serve their needs, and my father was chosen for the task.”

The newly graduated John Baird arrived in Helensburgh in 1868 and resided in the town for ten years until his marriage and later move to The Lodge at 121 West Argyle Street, which remained the family home for 90 years.

Until now I had no exact idea where my grandfather lived prior to his marriage, but now the 1875 Battrum’s Directory of Helensburgh is available online and it contains more detail.

The 1875 directory described the West Established Church as an iron building situated at 28 William Street and with a seating capacity of 300. The iron construction was presumably corrugated iron.

In 1878 the church moved to a much more solid stone building which came to be known as St Bride’s Church, on the corner of John Street and West King Street.

My sister Diana recalls that the old building on William Street was still in use as a Boy Scout hall when we arrived in Helensburgh in 1947.

St Bride’s Church was well attended until about 1960, but it was closed for worship in 1981 and finally demolished in 1990.

The memorial stained glass window for the Rev John Baird was saved and restored by the Heritage Trust, and it can now be seen in Helensburgh Library which occupies part of the site of the church.

Where did John Baird live during the ten years while he was working hard to build up the congregation and find funding for the new church building?

The answer is to be found in Battrum’s Directory which gave his address as West Bay Cottage, 80 West Clyde Street.

I am grateful to Stewart Noble who told me that the numbering of West Clyde Street was changed in 1899, and so West Bay Cottage subsequently became 110 West Clyde Street. Its original name is no longer used. 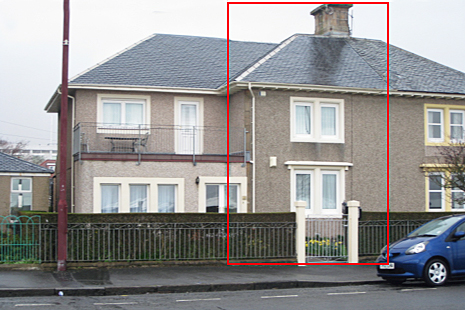 Stewart’s photograph (right) shows the building as it appears today, between Campbell Street and Glasgow Street.

At first sight it shows no sign of being almost 150 years old, except for the large central chimney which is still in the original stone — and is adorned with a TV aerial!

However the stonework of the house itself has been resurfaced in pebble dash, probably since 1945. An extension on the west, with a small balcony, has been added.

It is believed that in the 1870s my grandfather lived in the western half of the original house, which was divided vertically in two.

His accommodation, outlined in red, would have been spacious for a single man at a time when many Scottish families were living in one room.

The house has a fine view of the Firth of Clyde and it was only a few minutes walk away from the West Parish Church in its iron building on William Street.

My father takes up the story: “Among those who came to the church was Miss Jessie Inglis, one of a wealthy family of shipbuilders, who came to Helensburgh for the summer, and looked rather askance at the struggling young clergyman when he proposed marriage.

“The opposition, however, was overcome and Miss Jessie Inglis became Mrs Baird.

“The little church prospered; my father must have been energetic and enterprising.

“Among his other activities he formed a Literary Society, of which the future prime minister, Andrew Bonar Law, was once a member.

“All this, however, was before I was born in 1888 and by the time I became old enough to notice what was going on around me, the excitement and the initial effort were over.”