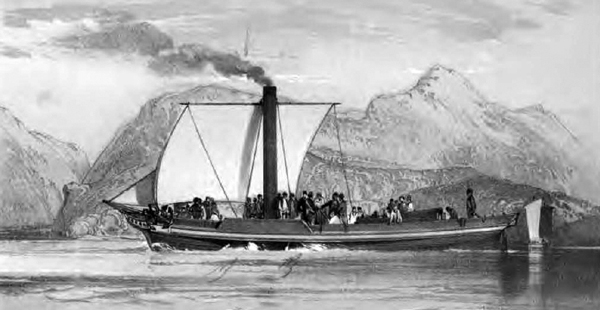 THREE conferences were held in Glasgow in 2012 with relevance to the Comet bicentenary celebrations.

The first, entitled 'Innovation and Diffusion of Shipbuilding Technology — A Comet Bicentenary Seminar', was organised by the Centre for Business History in Scotland at the University of Glasgow and Glasgow Museums.

It was held on Friday March 9 from 10.30am to 7pm at the new Riverside Museum in Glasgow, and thanks to the generosity of the sponsors the event was free of charge.

The event then moved to the Tall Ship moored beside the Riverside Museum, where the keynote lecture was given by Professor Tony Slaven on 'Full Circle: 500 Years of British Shipbuilding 1500-2010'. This was followed by a reception and buffet.

Professor Slaven's lecture also marked the start of the second conference, which was organised by the British Commission for Maritime History under the title 'New Researchers in Maritime History'.

A further conference, entitled 'The Clyde: A Voyage of Discovery', was held on Saturday October 6. Jointly sponsored by Glasgow Archaeological Society and Glasgow Museums, it looked at the history and archaeology of the Clyde.