THE year of 1962 marked the 150th anniversary of Henry Bell's prestigious steamship; in order to highlight and celebrate this occasions Sir William Lithgow composed a letter showing interest in funding construction of a replica of the ‘Comet’ which was to be made seaworthy for a short period of time.

Lithgow contracted George Thompson of Buckie to build the hull of the ship stating: 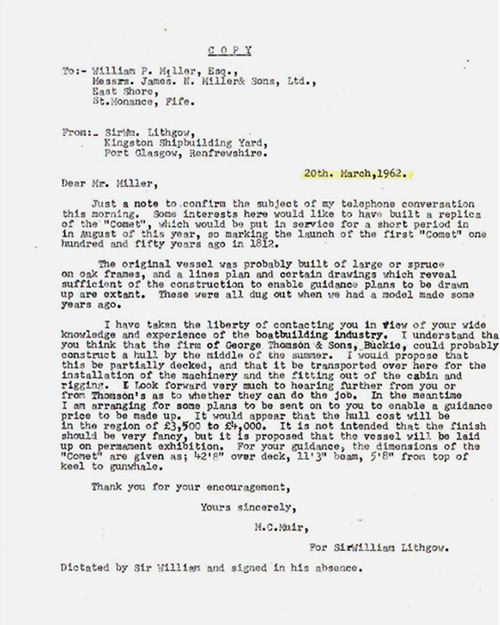 “It would appear the hull cost will be in the region of £3,500 to £4,000. It is not intended that the school should be very fancy, but it is proposed that the vessel will be laid up on permanent exhibition. For your guidance, the dimensions of the 'Comet' are given as; 42’8” over deck, 11’3” beam, 5’8” from top of keel to gunwhale.”

The team at Identity previously completed a short booklet on the history of the Comet. While doing so they were involved in interviewing a number of workers employed by George Thompson to construct the hull of the ship. . .

The plan was for the replica to set sale, albeit for a short period of time. Therefore it was necessary for the ship to be fitted with an engine, built at a local shipyard making use of the original 1812 plans. Below are a few pictures, showing the process of the construction of the Comet replica, the boiler and various other events. 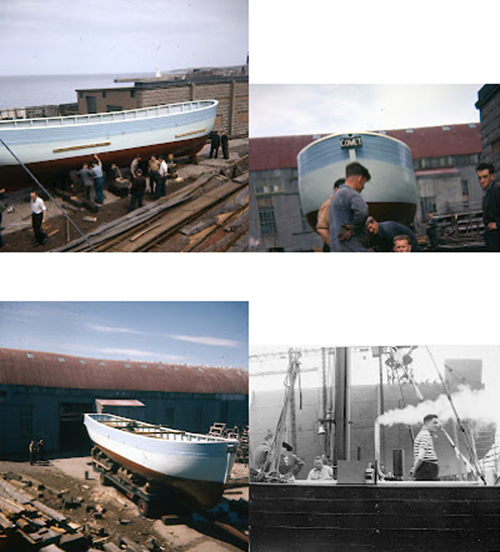 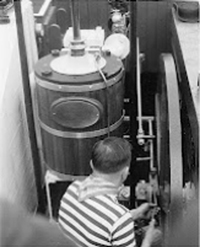