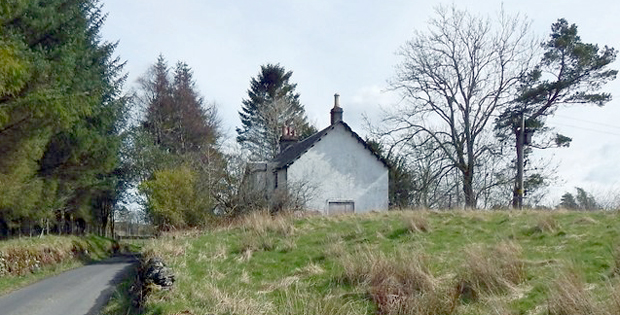 ONE of the oldest and longest running schools ever to function in what is now Helensburgh and Lomond was in Glen Fruin . . . and it had a very unusual origin.

In 1755 James Glen, who held charters for the lands of Portincaple and what were known as the Chapel Lands of Glen Fruin, executed a Deed of Mortification, which would today be called a bequest.

His aim was that a school be set up after his death, with the costs to be met from the renting out the 22 acres of Chapel Lands, which included the Chapel precincts, McKenzie’s Acre, and Lagga Chapel.

Such an aim was not unique, but what set his bequest apart was a clause stating that the school should run at two different places.

The deed stated: “I hereby recommend that the said free school shall be held and keeped alternatively at Chapel of Glenfroon and Feirlandbreck (Garelochhead), both Parish of Row, three years about.

“Also endowing a constant free school for the teaching of reading, writing, arithmetic and book-keeping, and for a constant stipend or salary to the masters or teachers.

“Dumbarton Presbytery are empowered to let tack of said Chapel Lands not exceeding 19 years, and not less than £5 sterling of yearly rent.”

Another odd condition was that “preference was to be given to applicants of the name of Glen, provided they be equal to, and well qualified for the post” — a statement which today would be hardly politically correct.

In the event, no known master of that name was ever appointed.

Running a school for three years in Glen Fruin, and for the next three at Garelochhead, in an ongoing cycle, is a strange idea, but it was argued that children at two different places were being offered the opportunity of an education that might otherwise have been denied them.

James Glen had passed away by 1780, so it is likely his school would have been up and running by that date.

The Old Statistical Account of Scotland, for which the Row parish entry was written by the Rev John Allan in 1790, comments: “The number of scholars taught by the schoolmaster is considerably greater, and his emoluments at least equal to, the parochial school.”

As he quotes the number of pupils at the parish school to be 30-40 in winter, and about half that in summer, it implies substantial numbers were attending Glen’s school. Presumably he was referring to the total of pupils at Glen Fruin and Garelochhead.

One intriguing aspect of the alternation of venues is how it worked out for the schoolmasters. Was a different master engaged when it switched from one place to the other?

A useful source of information is a document called the Confession of Faith, maintained by Dumbarton Presbytery. Schoolmasters, especially parish schoolmasters, were required to sign up, the aim being to ensure that they did not stray from the standard doctrines of the Church of Scotland.

With Glen’s school coming under the orbit of Dumbarton Presbytery, it might be expected that the masters would be the signatories, and the list includes a number of their names. But the school’s formative years are not covered.

Thanks to researcher Judy Le Drew, a manuscript drawn up in 1866 by John McEachern has been found. McEachern was born on the Isle of Mull in 1809, but the family moved later that year to the Helensburgh area.

They took up residence in the autumn of 1809 at the empty farmhouse of Stuckiedow about a mile north of Duirland Farm on the west side of Glen Fruin.

His father was employed as a woodsman by William and Robert Grant, who were based at Auchintullich, by Loch Lomondside and rented several large farms in Glen Fruin.

In due course, young John began to attend Glen Fruin School, probably when he was aged about six around 1815.

He wrote: “I went first to Mr Abercrombie’s school. He was kind, diligent and also a good scholar, though aged and lame, whose native place was not far from that of the noted George Buchanan.

“I went first with a maternal uncle of mine, Neil Fletcher, who attended to finish arithmetic and book-keeping, and after he left, I and Donald (a younger brother, born 1811) used to go regularly to the Chapel, Glen Fruin School.

“We had to cross the River Frooin, which was fordable, but in time of heavy rains, swelled and became dangerous in a short time.

“We were often the cause of great unease to our mother, as the bridge was only two spars, crossed by short deals spiked across, without railings for foot passengers, and was two miles from home.

“An attempt to build a bridge had been made, and a large, arched stone bridge was finished, but the foundation seems not to have been firm, and on removal of the wooden support (as the masons had begun to suspect), it gave way, and the temporary wooden construction remained during our time.

“Donald and I made progress in school, considering our age, and had on that account the silent abuse and sneers of older scholars, whom we outstripped, and this we found hard to endure after our uncle’s departure.

“My uncle had a great fancy for learning, and he proposed to Mr Abercrombie that I should begin Latin. I procured two books, the Rudiments and the Corderii. I began the Rudiments in my eighth year, as I see from the dates I made at the time, but I believe the master was deficient in Latin.”

The school was rebuilt in 1840, and following the Education (Scotland) Act of 1872, which made education compulsory for 5-13 year-olds, it became the responsibility of the local education board.

At the close of 1873 came the news that the school had been lying empty for 18 months, but on September 18 1879 eighteen former pupils entered at the re-opening of the school.

The school is mentioned by W.C.Maughan in his 1986 book, ‘Annals of Garelochside’. He wrote: “The schoolhouse was built in 1840, on the site of a much older building.

“There is no doubt the old chapel of Kilbride stood close to this, and some of the stones were built into the cottage beside the school. The school is a great bonus to the district, and there are about 15 children in attendance.” 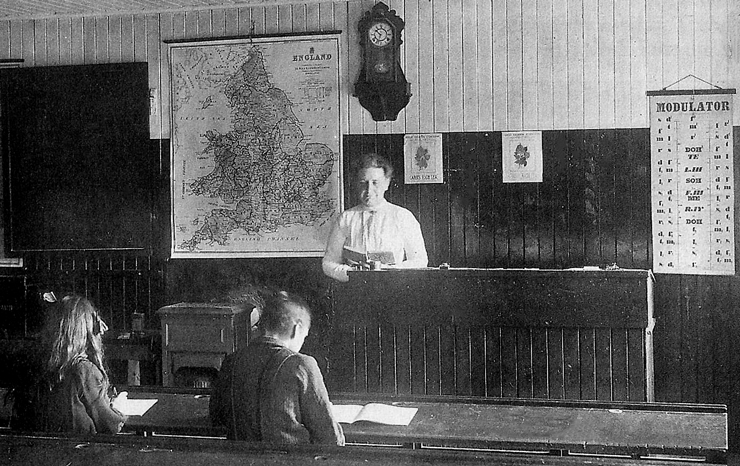 From 1919 until 1931, the schoolmistress was Mrs Margaret Willan (right), and not long after the teacher was Miss Annie Turner, who had previously taught at Glenmallan, also a one teacher school.

She was still schoolmistress on the eve of the Second World War, subsequently becoming Mrs Walker.

In June 1947 Helensburgh District School Management Committee wrote to the County Education Authority, pointing out that Glen Fruin, in common with a number of other small schools, did not offer school meals to pupils.

Any proposed change would however have been overtaken by the announcement that the school would be closed at the end of session 1947-48, a fate which also overtook several other local schools, including those at Glenmallan and Shandon.

The building passed to Luss Estates, and eventually had a very distinguished occupant in well-known artist, teacher and broadcaster Gregor Ian Smith and his family.

His great love of the building and the glen shone through, and it was principally through his efforts that the 1603 Battle of Glen Fruin memorial came into being in 1968, three years after he first suggested it.

Gregor Ian also prompted an archaeological dig to take place at a cairn near Auchengaich Farm, long thought of as the resting place of the fallen from the battle, but which the dig revealed as dating from the Bronze Age.

Gregor Ian Smith passed away in 1985, and in recent years, the Old Schoolhouse has fallen on hard times. However it remains an important reminder of local history. 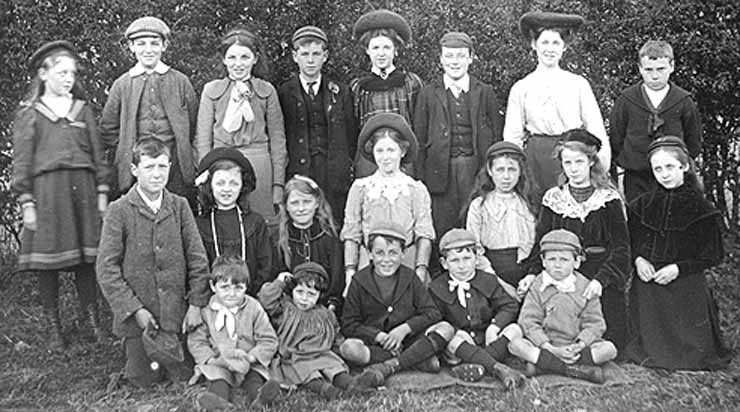 (Top picture) the former schoolhouse, © copyright Lairich Rig and licensed for reuse under Creative Commons Licence; (middle) Mrs Margaret Willan in the classroom with two pupils; (above) some of the pupils with their teacher. Photos c.1919 by Helensburgh photographer Robert Thorburn.