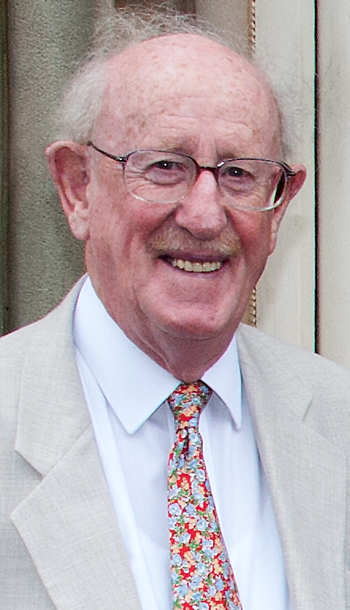 A TALE of three generations has been told by a well-known Helensburgh man in a compelling book which combines biography with autobiography.

The first headmaster of the town’s Lomond School, David S.C.Arthur, MBE, has written “An Avenue In Time”, which has been published by Austin MacAuley Publishers Ltd., of Canary Wharf, London, price £8.99 and as an e-book.

David first came to Helensburgh as a young teacher at the then Larchfield School, later to become part of Lomond School, where his wife Mary also taught.

It was a good many years later that the couple returned to the burgh when David was chosen to bring together Larchfield Prep School for Boys with St Bride’s School for Girls to launch Lomond, and a very good job he made of it.

A member of Helensburgh Rotary Club since 1982, he was president in 1995-6, and has been an honorary member since 2012. He is also a member and former director of Helensburgh Heritage Trust.

His MBE was awarded for his services to the Samaritans, as — at the request of founder the Rev Chad Varah — he set up the Scottish branch of the charity which seeks to prevent people from committing suicide, and became its first secretary in 1959.

“I first had the idea for the book when I met a young man who was doing a PhD about my father,” he said. “My father wrote a lot about his work, and my grandfather wrote in immaculate longhand an account of his life and all his activities.

“That set me off thinking that it is a not a bad thing to write down what you have done — and the outcome has now been published.”

The publishers of the 249-page paperback perhaps put it more lyrically.

Their press release calls it: “A snapshot of a gene over three centuries from a Highland clothes line to Glasgow business and a Kenyan mission to the starting of a world-wide volunteer support body and the establishment of two different and successful schools.”

David’s grandfather was a successful city businessman who loved sport in general and rugby in particular, playing for Glasgow Accies and for Scotland in the first international against England at Raeburn Place, Edinburgh, in 1871.

He liked cricket, croquet, walking and climbing. He became very interested in evangelism, yet served as a Captain in the Glasgow-based 4th Volunteer Battalion of the Scottish Rifles.

David’s father was also a keen athlete and rugby player, but shared his father’s evangelical fervour and became a medical missionary in Kenya.

There his energy and drive led to many changes, bringing modern medicine to replace the witch doctor and founding a Mission Hospital and two schools.

Long after he left in 1937 his name was held in high respect and affection by African leaders, and that year he was a guest at the Coronation at Westminster Abbey.

The following year he became minister of the small parish of Dunbog in North Fife, and it was there and at Loretto School in Edinburgh that his son David spent his formative years.

Two years National Service in the Royal Signals followed, and after his marriage he and his wife spent their first two years together as teachers at Larchfield, and he went on to become a teacher at Melville College in Edinburgh, and later at Robert Gordons College in Aberdeen.

In December 1970 he was appointed the first headmaster of the 1700-pupil Greenfaulds High School in the new town of Cumbernauld, and he spent six years establishing it as a school with a very good reputation.

In 1976, after exhaustive interviews and visits, he was chosen as the first head of Lomond and rejoined the independent school sector, beginning what was probably a unique amalgamation of a small boys prep school with an all through girls school. 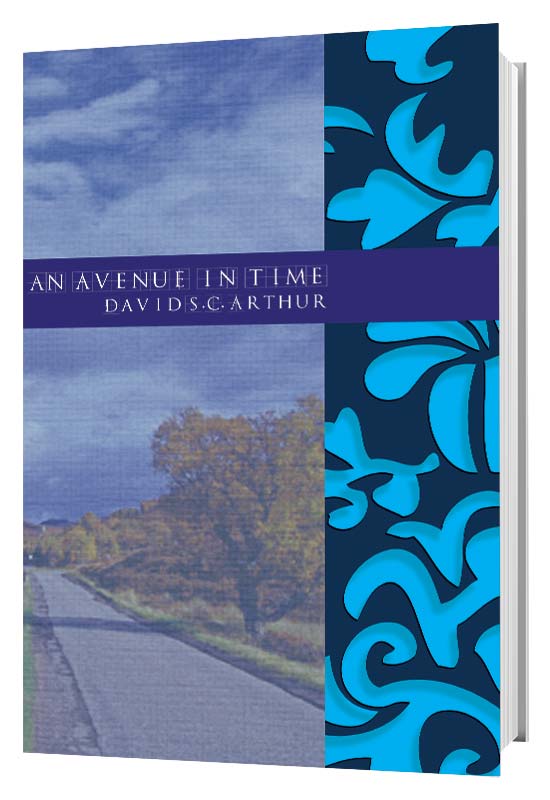 Throughout this very unusual and fascinating book, octogenarian David is, as always, firm and frank, and has keenly observed, as this brief excerpt illustrates . . .

“In my lifetime I have lived in a house with no electricity, no TV to watch, no computer. I have dipped my pen in an inkwell, had my teeth extracted without an injection, and driven a car that had running boards and flip-flop indicators.

“I have had to make arrangements with the bank manager to draw money on holiday, and yet can now take it from the machine in the wall.

“Will my grandchildren see a world which is so different for them as the one we have today?

“That is what looking back is all about, not the queens, the squires, the bankers and the politicians, but the little simple things of our own lives that have changed.”