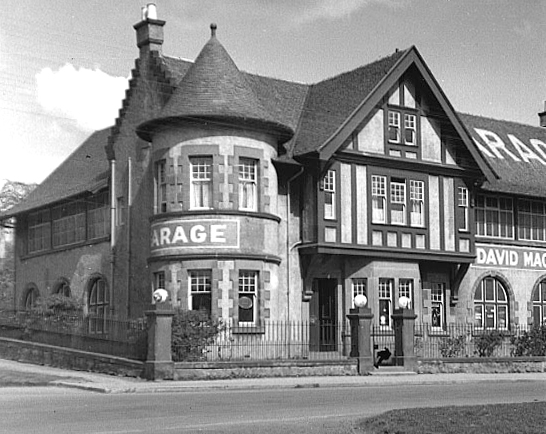 AN impressive Helensburgh building which began life as a lemonade factory later became an antique business and twice a garage.

It stood at the junction of East King Street and Lomond Street, where Fruin Court now stands.

The original building was the home of ‘The Fairy Springs', owned by Comrie & Co., who produced ‘High Class Waters and Old Scotch Brewed Ginger Beer'.

The business, one of three mineral water manufacturers in the town, was established in the early 1890s by the two sons of burgh builder Alexander Comrie, who lived in Fairyknowe, 28 Lomond Street.

Local historian Pat Drayton's booklet on local shops and trades, ‘Trading Places', says that the first of the three was the Gareloch Aerated Water Co. at 17 East Princes Street, set up in September 1888.

Next came chemist J.R.Reid's Lily Springs in James Street, which later became Garvie's Lemonade and operated until 1957 before becoming a factory, then a garage, and now a council vehicle maintenance depot.

All three tapped springs from below a 500 feet deep outcrop of rock between George Street in the east and James Street in the west.

From 1913 and for most of its life, the East King Street building was the premises of David MacLaren Ltd., motor repair specialists and general machine work.

They offered garage accommodation for 50 cars, lock-ups, power washing machine, electric petrol pump, cylinder grinding, and a day and night breakdown service. Batteries for both cars and wirelesses could be charged.

In the 1950s the business became Cameron's Garage. Garelochhead man Jimmy Walker recalls: "I worked for Jimmy Cameron in the late 1950s and early60s. He lived above the garage and often took part in hill climbs at The Rest and Be Thankful in his Triumph T.R.2.

"It was a busy garage when the Triumph Herald was launched, which was while I was there."

Margaret Tilley of Helensburgh added: "I well remember going to Alex Cameron's Garage with my father when I was a young girl. I am sure that Mr Cameron also had coaches for hire and my late uncle used to drive for him."

Well known Helensburgh piper Colin Lawrie remembers as a young boy being sent down from the family home in Kirkmichael to the garage with wireless batteries to be charged.

Frank Steel started work in the motor trade, his first job after leaving school, in 1965 at what was then Jimmy Cameron's Garage.

He said: "Jimmy Cameron had the Triumph car franchise, and a small showroom on West Clyde Street. He also did callouts for the local Police.

"George and Chrissie had no children. They stayed in the council houses on West King Street near St Columba Church, and also rented or owned part of Tamnavoulin, a cottage in Glen Fruin. I believe they also spent time on Mull. 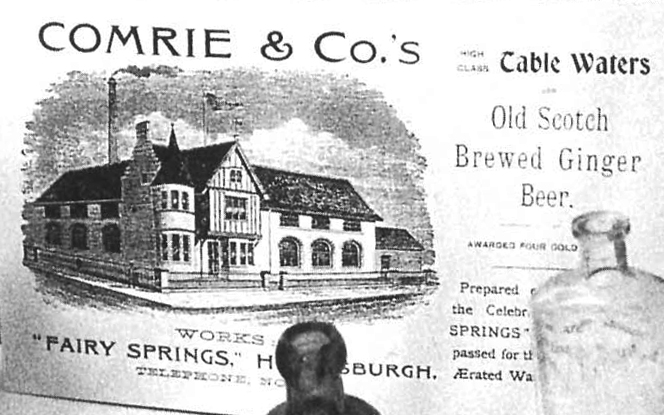 "Jimmy was known locally as ‘Lochaber', but I don't know if he came from that part of the Highlands. His office manager was Willie Halford, a former Purser on the Clyde steamers.

"Local blacksmith Bill DeVenny had a small workshop in part of the garage, and the local ambulance was garaged at the premises at night. The ambulance driver was John O'Brien, who lived above the old Fire Station on Sinclair Street."

Another Helensburgh man, Graham Michie, says that next it was — for several years — an antique shop. It traded as Cruachan Antiques, and was run by the Paterson family who lived in Elie Cottage in Adelaide Street.

The building was gutted by fire, which put an end to the antiques business, and lay in a state of disrepair for some time. Eventually, the Patersons sold up and moved north to a catering and hotel business.

Its final incarnation was as a garage business again. It was owned and run for a number of years by Frank, Keith and Brian Phipps, until it was again gutted in a fire and had to be demolished.