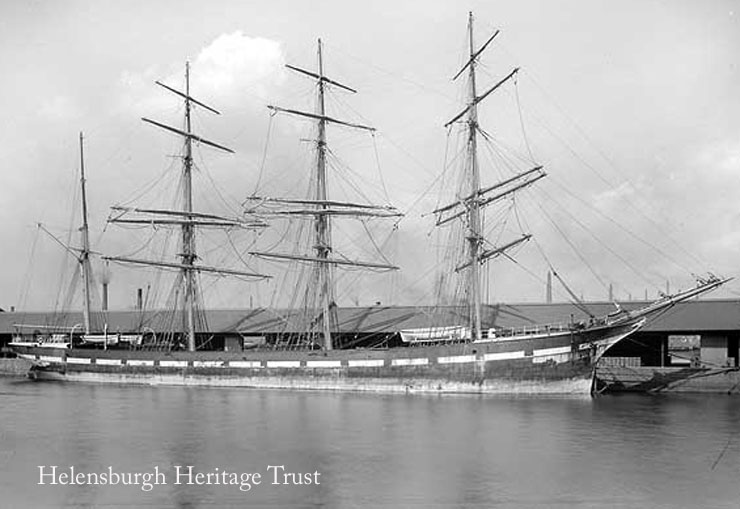 Mr Boyd and his wife lived in the burgh for many years, and his obituary in the Helensburgh and Gareloch Times after his death on November 17 1902 at his home at the age of 73 described him as deeply interested in all the town’s affairs.

He was particularly interested in religion and temperance, and was elected as an elder in 1881 at what is now St Columba Church, carrying out his duties “with rare fidelity”. He is buried in Helensburgh Cemetery.

The Madagascar was rigged with royal sails over double top and single topgallant sails, had a gross tonnage of 2,145, and measured 282 feet in length.

Dundee Harbour was regularly full of sailing ships bringing jute from Chittagong and Calcutta to keep the city's mills and calenders busy. The whaling industry supplied essential oil for the manufacturing procedure and as a result Dundee became very wealthy.

In 1911 the Madagascar was sold to E.Deckers & Co. of Antwerp and renamed Katanga, and in 1917 she was sold to Russian owners. The last record of her is in Lloyds Register of Shipping in 1927, when her home port was Archangel.