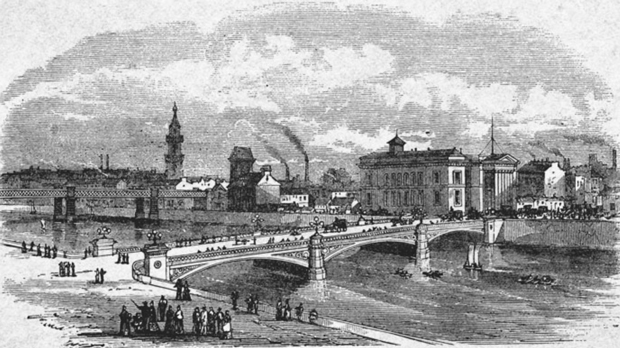 A SELF-MADE businessman who is regarded by Japanese society as a founder of the modern Japanese shipping industry lived in Shandon in his later life.

Albert Richard Brown started his working life as a merchant seaman, and ended it buying merchant ships for Japan while living at Summerhill on Garelochside. 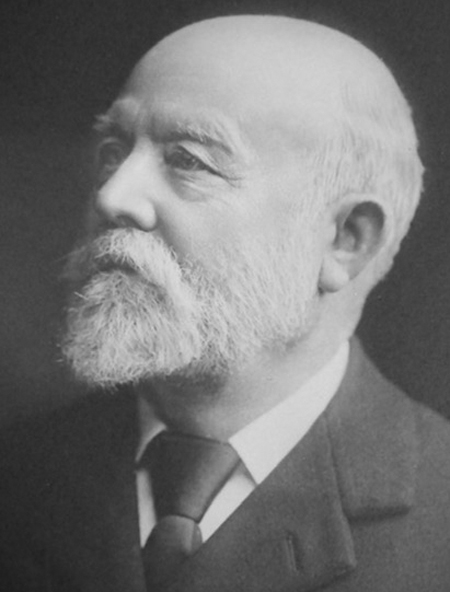 The story of Albert’s extraordinary working life makes fascinating reading. When he enjoyed racing as a member of the then Hunter’s Quay-based Royal Clyde Yacht Club, he had many nautical memories to recall.

Born at the family home at The Furlong in Ringwood, Hampshire, on August 29 1839 into the large family of Richard and Mary Ann Brown, Albert had a great love of books on the sea and voyages of discovery to far-off lands.

However, his burning desire to follow his dreams and become a seaman was firmly against the wishes of his parents.

In 1853 at the age of fourteen, Albert left his family to start his maritime career on a merchant ship, the 305 ton brig Industrious, travelling to the West Indies.

He learnt much of his early sailing skills from James Howe Pyne, brother of his future bride Louisa, who was one of the ship’s officers and who later married Albert’s younger sister, Ada.

James became a master mariner, but died in Kōbe, Japan, in November 1892. Albert’s brother, Francis, also a master mariner who was operating in the Far Eastern waters including the seas around Japan, reported his death to the British Consulate.

Keen to advance his career, Albert joined the P. & O. Company and worked his way up the officer positions on a series of voyages over the next three years. He was a master mariner at 31. Three years earlier he married Louisa at her home in the Exeter area.

The job which was to change his life began when he was offered a position in the Imperial Japanese Service on a lighthouse survey ship charting and surveying the coastline of Japan.

In November 1871 he was tasked by the Japanese Government to instruct young Japanese — the sons of Samurai warriors — in maths, navigation and seamanship, and give assistance in the preparation of charts for use by navigators.

He was given an extra 50 dollars per month for those special services, and he became the first instructor of Japanese mercantile marine officers — a project very much his own brainchild.

This led to the Meiji Government establishing, with his advice, the forerunner of what was to become the Tokyo Mercantile Marine University. He taught the first apprentices at the College, as it was then called.

By 1881 he had served 12 years for the Japanese Government and had become one of their most trusted advisors.

He was appointed superintendent of the Japanese Marine Bureau and later general manager of the NYK line, operating some 58 vessels around the Far East.

A Japanese shipping website described takes up the story . . .

Although Brown was an enterprising individual, and eventually owned his own business, he was not an entrepreneur in the classical mould.

That description more aptly applies to his good friend, T.B.Glover from Aberdeen, who was well-known in Japan for his enterprise and innovation.

He introduced and tested the first locomotive along the Nagasaki seashore, three years before a similar development in Tokyo, and was the first to create tea farms for export production only.

Albert was a very different type of businessman. Early in his career he looked destined to follow the path of his Scottish friend, Richard Brunton, as a foreign technical expert hired on short-term contracts until a local replacement could be trained.

However, from the time of the Taiwan Incident of 1874 onwards, when Japan sent a military force to Taiwan in retaliation for the death of “Japanese nationals”, he gradually evolved from an employee of the Japanese state on shipping concerns into a more independent agent for his patrons.

His dominant role, culminating in the creation of his own business concern in Glasgow, came to be that of the trusted agent.

He was trusted to work overseas to secure for his Japanese principals the products of a maritime technology that it lacked, and also, over time, the knowledge and hardware that would help it to acquire that technology.

A major question is how he managed to acquire and retain the trust of the Japanese politicians and businessmen in whose interests he acted.

He first won earned their trust and respect during the Taiwan Expedition when he was willing to ignore the instructions of the British government’s representative to remain neutral in a dispute between Japan and China.

He built on the Government’s trust by repeated, successful transactions in the British markets for steamships, which involved him in ever longer periods of independent activity on the Tyne and the Clyde

The leading Japanese shipping companies which he represented moved from the use of cheap, second-hand steamers to more expensive purpose-built vessels designed for specific transport purposes and, in the case of the bigger liners, specific Japanese tastes in interior design.

During these periods away from Japan he used his technical expertise, managerial competence and integrity in ways which satisfied his Japanese principals.

As a result they were willing to set him up in Glasgow with a number of agency contracts, and granted an honorary consulship which was the ultimate measure of the trust he had earned.

The website commented that there were few to match him among the foreign-born agents of Meiji Japan’s great economic and social transformation.

The website of the firm he set up and which still exists today, A.R.Brown McFarlane & Co., also features his life story from when he tendered his resignation at a meeting with the Imperial Emperor at his palace in 1889. He was presented with the Order of the Rising Sun 3rd Class.

Albert returned to live in Bothwell with his family, and he took over the commissioning of ships built on Clydeside for the NYK line and Japanese Government.This led to the foundation of A.R.Brown & Co., set up in Glasgow, to supervise the acquisition and fitting of ships.

His partners were his son, Edward Albert, and a Glasgow marine engineer, George McFarlane.

He settled into the business and social life of his adopted city (pictured above), and he and his wife Louisa moved to Shandon in the 1890s. He commuted daily by train to his office, and he spent his weekends yacht racing on the Clyde.

He supported enterprises such as the Clyde Training Ship Empress moored in the Gareloch, which prepared boys mostly from deprived and difficult circumstances for a life at sea.

The foundations of his very successful firm remained the strong connections he had made during his years in Japan.

He held the agency for the Tokyo Marine Insurance Co. which he had helped bring into existence, and, more significantly, he acted on behalf of the Mitsubishi shipyard in Nagasaki.

Steel plate, advanced marine engines and other equipment and materials flowed regularly from Glasgow to Nagasaki.

Through Albert, naval architects and marine engineers found their way from the Clyde to short periods of employment in the Mitsubishi yard.

His main activity was acting as agent for the Japanese government and the NYK. His role in placing contracts for warships for the Imperial navy helped to lay the foundations for victory in the Russo-Japanese War of 1905.

Albert was kept busy ordering new vessels for NYK from shipbuilders on the Clyde and elsewhere. Some 31 steamships were built in Scotland for NYK between 1891 and 1914.

Japan’s drive to acquire modern technology — everything from lighthouses, to docks, to iron or steel-hulled steamships — was so successful that within the reign of the Meiji emperor (1868-1912) it elevated Japan to the top half-dozen maritime nations.

Albert moved his company to prestigious offices in the city centre at St Vincent Place, which the company occupied until 1976, and by then Glasgow was a long-established global hub for trade and shipbuilding.

Albert, whose grandson is a shareholder in the company to this day, died at the age of 73 on March 7 1913 in Bournemouth, where he often went on holiday.

He was survived by his wife Louisa, who died in Bournemouth in 1917, and his son. She was buried alongside him in Ringwood Cemetery in Hampshire, near other members of the family, on February 26, 1917.

Albert was fond of Ringwood, and left money to help poorer families there. He also dedicated a plaque in his mother’s favourite church in Ringwood to her.

One great sadness in his colourful life came in 1901 when he was involved in a fatal accident.

Under the headline ‘Pathetic Glasgow fatality’, the Dundee Evening Post reported: “A distressing motor fatality has occurred near Bearsden, Glasgow.

“A little boy named Archie Gillen, aged about 5 years, son of John Gillen, Garscadden, was, along with some other children, running along the road when he got right in front of a motor driven by Mr Albert Brown, Summerhill, Shandon.

“Mr Brown promptly swerved his car right round so as to avoid an accident, but the splash-board struck the boy on the head and he was knocked down.

“Taking the little fellow into his motor, Mr Brown, who was very much distressed at what had occurred, drove him to Bearsden, where Dr Kennedy found that life was extinct. The boy had a leg and arm broken, as well as a fractured skull.”