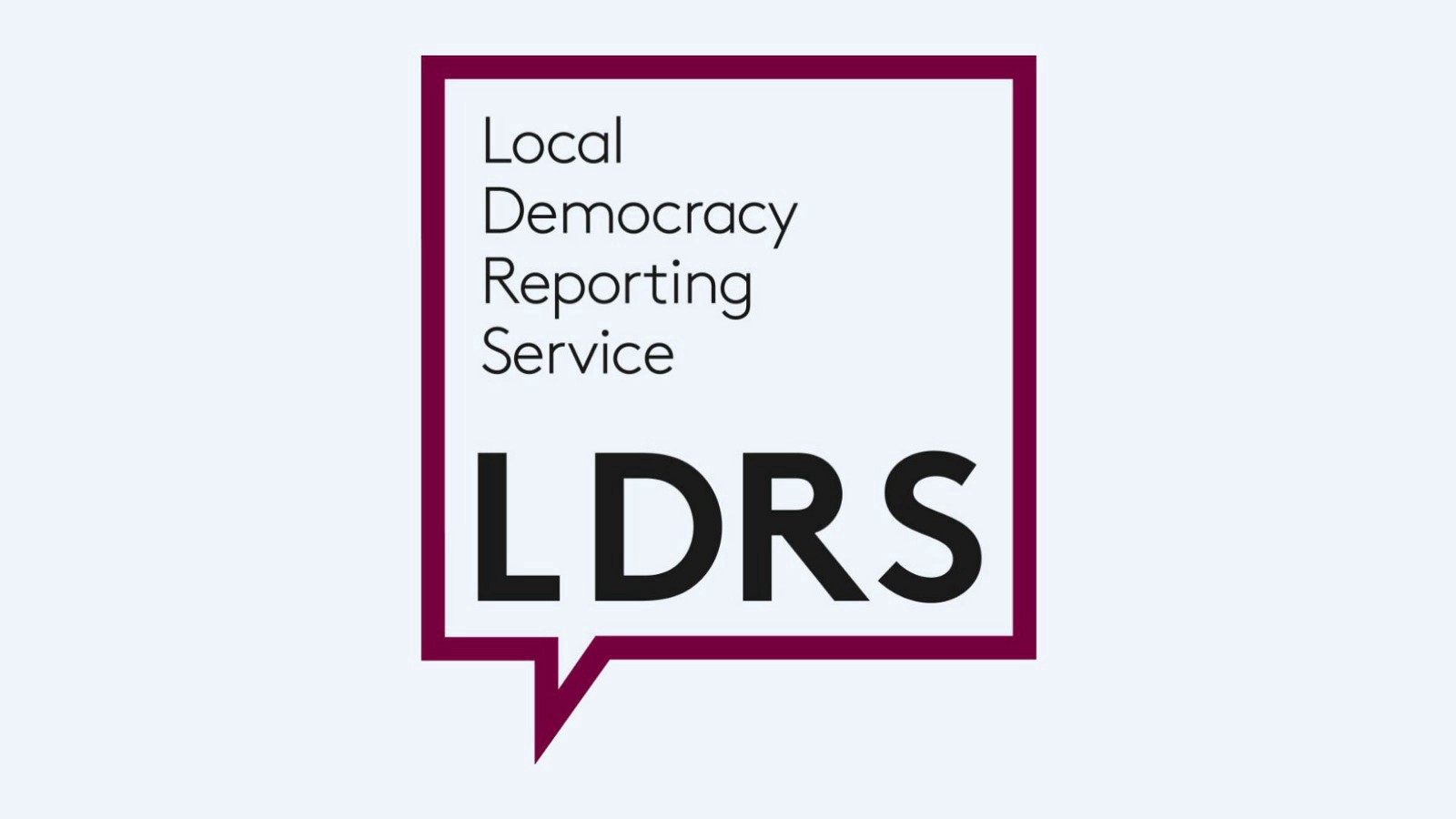 FEATURING in the most common byline in Helensburgh and West Dunbartonshire local newspapers and news websites is ‘Local Democracy Reporter’.

The local LDR is former staff reporter Andy Galloway, and he gives excellent comprehensive coverage primarily of what is going on at Argyll and Bute Council. 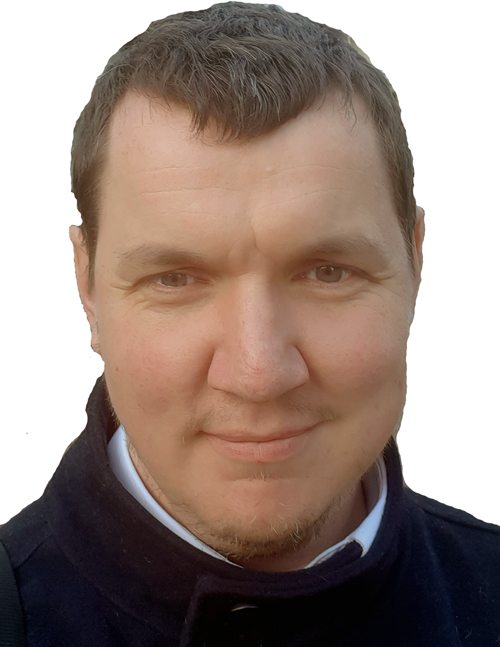 So I asked Andy (right), who lives in Helensburgh with his wife Christina and celebrated his 38th birthday on Christmas Day 2020, to give his perspective on this new breed of journalist who first appeared in 2017.

They were created as a result of an agreement between the BBC and the News Media Association, which represents the majority of the UK’s regional press and online media, and a wider dialogue with other parts of the local news industry.

At present 149 LDRs have been allocated to news organisations in Scotland, England, Wales and Northern Ireland, and applications for a new batch to be recruited in July are now being sought.

Andy said: “I have operated in journalism for various outlets for almost 20 years. The vast majority of this has been in sport, a world of journalism that I continue to keep in touch with.

“However, in the springtime of 2018 the opportunity came along to become Local Democracy Reporter for Argyll and Bute. It was a decent opportunity at the right time.

“It’s a job that has got me acquainted with parts of Scotland which are new to me, and kept me involved in the media, a sector I’d been determined to work in since secondary school.”

The important difference between a staff reporter and an LDR is that his work is not exclusive to the Helensburgh Advertiser where he is based — it is made available to a range of qualifying partners in Scotland’s second largest council area, and occasionally further beyond that.

“Aside from the obvious core business of the council itself, there are other things to cover in the role which involve local councillors,” he said.

“These include the area’s Health and Social Care Partnership, the council’s licensing board, and the Loch Lomond and The Trossachs National Park Authority.

“In ordinary circumstances, it would involve an average of two trips to the council HQ in Lochgilphead per month. In the last month before Christmas there would have been at least five visits.

“However, of course, no trips have taken place in recent months. My last visit there was on March 5, just before meetings moved to a virtual platform. The council recently voted to continue all meetings virtually until at least April.”

Andy’s work is much appreciated by Advertiser Content Editor Craig Borland, who said: “Coverage of council affairs is essential not just for news providers like the Advertiser, but for the communities both we and Argyll and Bute Council serve.

“Complaints about Argyll and Bute Council seeming remote from Helensburgh are nothing new, but when the seat of local government is more than an hour and a half’s drive away, it’s a concern that is understandable.

“And the same applies to the people, and the local papers, in Dunoon, Oban, Campbeltown and elsewhere.

“When you’re in a small corner of one of the largest council areas in the UK, never mind Scotland, it’s even more essential to have someone whose job it is specifically to report on what our elected representatives are doing on our behalf.

“I’ve been covering Argyll and Bute Council’s business, in one form or another, for the best part of 20 years, but I always had other things to report on too, so I only made it to meetings in Lochgilphead a couple of times a year at best.

“So I don’t mind admitting that when I found out not only that a chunk of my licence fee was to be used to employ someone to report on the council’s activities, but that the LDR for Argyll and Bute would be attached to the Advertiser, it felt like a dream I’d had for years was finally coming true.”

He added: “I know of editors who believe — or at least who believed at the start of the LDR project — that they didn’t need someone dedicated to covering council affairs; that coverage of local government should be part of any local reporter’s bread and butter.

“That’s true enough, although having the LDR in place doesn’t mean that the rest of my team never takes anything to do with their local council. And now that the LDR scheme is a couple of years old, I don’t know of any editor who would happily see it scrapped.

“There’s no doubt in my mind that it’s a positive use of our licence fee, and as a council taxpayer I’m delighted to know that a close eye is being kept on what’s being done with my cash.”

Former Advertiser editor Julian Calvert, now a senior lecturer in media and journalism at Glasgow Caledonian University and editor of the Lochside Press website, is also happy with the scheme.

The Kilcreggan man said: “It’s more than 30 years since I first covered a council meeting. In those days ago every council and committee meeting I went to had three or four reporters on the press bench.

“Most meetings were held in the evenings but attending them was just seen as part of the job. A lot has changed now though, and the reduced number of reporters across the UK is well documented.

“I think the role of an LDR is particularly important in Argyll and Bute. Lochgilphead is a 130-mile round trip from Helensburgh, so getting to the meetings is quite a time and cost commitment just in terms of travel for a news organisation.

“A wider point is that in my view democracy in A&B is not as local as it could be, so the public depends more than ever on journalists. The council is more centralised than before.

“When I first started, a lot of planning decisions were taken at local area committee meetings, but now that all happens in Lochgilphead, which is difficult enough for people in Helensburgh to get to but a real problem if you’re on an island.

“Contentious planning applications are usually heard locally at public hearings, but sometimes our councillors have been known to overrule such a recommendation.”

Julian points out that anyone can watch the meetings of Edinburgh City Council via live webcasts, recordings of which are available afterwards.

“Here in A&B, meetings are currently held via Skype — but with no recordings available afterwards, and in audio only,” he added. “I know this, of course, from reading one of Andy’s stories.”

The Local News Partnership initiative with the BBC which created LDRs is strongly supported by the UK Society of Editors.

“I am pleased the scheme has been extended,” executive director Ian Murray said. “It has without doubt enabled the regional media where the initiative operates to continue to scrutinise democracy in all of its forms, particularly of course by reporting on the workings of local authorities.

“There is no denying that the initiative has created a wealth of content and kept the spotlight on local democracy when it was in danger of going dark.

“However, I do hope the initiative continues to adhere to both of its twin aims: to maintain scrutiny at the present level, and also to ensure those local authorities where coverage has been weakened or lost in recent years see scrutiny renewed.”