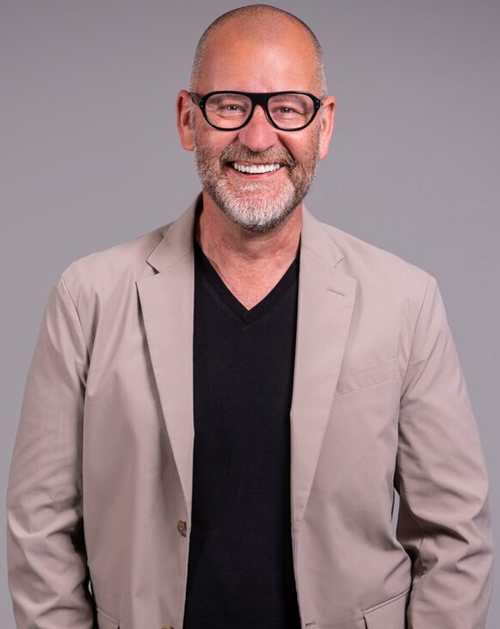 A HELENSBURGH man whose early ventures included delivering newspapers and selling clothes has been one of the most successful business innovators in the United States of the past thirty years.

Former Hermitage Primary and Academy pupil Richard Tait, who is 54, is a partner in Chicago-based Valor Siren Ventures.

The company, which works in partnership with the multi-national coffee house chain Starbucks, strives to be the leading innovation engine and market maker in early-stage food, food technology, agriculture and retail technology investing.

It aspires to create value by generating investment opportunities, applying the intellectual capital of Starbucks and Valor, and accelerating the growth of portfolio companies.

Millionaire Richard is just the man to pursue this aspiration, having been Microsoft employee of the year in 1994, then creating one of the world’s leading game companies, Cranium.

Cranium sold more than 20 million games across the globe before it was acquired by Hasbro in 2008 for $77.5m.

“I love being an entrepreneur and have done it since I was a young boy,” he told the Trust for a profile in 2006.

“I love consumer brands, building great teams, and the opportunity to establish an emotional connection with a consumer and drive differentiation in the marketplace.”

Richard was born in Broughty Ferry near Dundee, and the family moved to Helensburgh where he grew up.

He considers the town to be home, has happy memories of his Hermitage schooldays and playing football, and still keeps in touch with friends from his schooldays.

“I had a paper round and worked in Stewarts of Helensburgh in West Princes Street during the summer where I think I fine-tuned my selling skills!” he said.

“While I was at the Academy I developed a keen interest in computers, and I went to Heriot Watt University in Edinburgh and graduated with an honours degree in computer science.

“I wanted to go to business school but was too young to do that in Britain, so I headed to America. At the age of 21 I went to the Tuck School of Business at Dartmouth College, an Ivy League school in New Hampshire, where I graduated Master of Business Administration.

“I wanted to work for Apple Computers, but they would not interview me because I did not have a green card. Instead I was recruited by Microsoft in 1988 and I joined the company when there were only 2,400 employees.

He drove innovation and started more than a dozen businesses for the company. He began in operating systems and pioneered client server computing, then helped build Microsoft’s first value added reseller channel on Windows NT, called the Solution Provider Network.

Richard moved on to drive Microsoft’s multimedia reference business with products like Encarta and Bookshelf. His final assignment was pioneering the early consumer internet initiatives, launching more than five businesses in four years.

He focused on building teams and recruiting talent to Microsoft — including the chief executive officer since 2014, Satya Nadella.

Remarkably after achieving such success in one of the world’s most famous companies, he left in 1998 without knowing what to do next.

On a rainy weekend away with his wife Karen and another couple they won one game and their friends another, and it led Richard to think “Why isn’t there a game in which everyone can shine?”

From that came the idea for the Cranium game — and it led to five U.S. Toy Industry Association game-of-the-year awards.

“I set off to create a different type of entertainment company, one that gives everyone the chance to shine. We sold over 20 million games in 30 countries and 10 languages,” Richard said.

He served on the Board of Directors for the Toy Industry as Cranium pioneered new channels of distribution and demonstrated breakthrough product development with multiple award-winning games.

After selling Cranium he created BoomBoomBrands in 2008, of which he is still the chief executive, designed to foster creativity, and provide a safe place for great ideas without corporate critique, and give them the chance to shine and thrive.

“BoomBoom has been not only a place but also a persona for me,” he said. “We embrace the energy and disruption of break-through thinking, the courage to challenge the norms and find a different way, and to maintain a sense of collaboration and fun that is so important when as pioneers you are faced with so many setbacks, and resilience and a pioneering spirit becomes the determining factor for success.

“Hope and fun, the belief that you can do it, that BoomBoom moment — that is what we have tried to create.

“Recently I became the first Entrapeneur in Residence and first Chief BoomBoom at Starbucks, helping to accelerate innovation and support the new CEO lead with Trust Transparency and Teamwork as we pushed to a new phase in Starbucks history.”

Next he set up Golazo, a beverage company selling in Whole Foods and other retailers on the American west coast. Golazo means super goal in Spanish football speech.

He is a board member of Washington-based Aegis Living, a leader in the senior living industry.  It provides care and advocacy for community members and their families suffering with dementia, an area his family has a personal connection with.

He said: “I have been inspired and humbled by both their business growth and the impact that they have had on their communities and on those that serve and support their guests. It is a truly remarkable company and culture.

“As more is known about the impact that technology, nutrition, activity and games make to elongate and enrich the lives of our most cherished seniors, it is my privilege to help the Aegis team be the highest quality and most dedicated to ensuring a community and care for the family members we love.”

Richard has also been a mentor at the Michael G.Foster School of Business at Washington University since 2008.

“I have mentored more than 150 students, and I am sure that I have learned just as much from them as they have learned from me,” he said.

He was inducted into the Entrepreneurial Exchange Hall of Fame in Scotland at Gleneagles in 2013. That same year he was presented with an honorary degree from  his old university, Heriot-Watt, for his outstanding and innovative contribution to the advancement of business leadership and entrepreneurship.

He is also a member of the Collegiate Entrepreneurs Organization Hall of Fame in the U.S.

Richard, who once climbed Mount Kilimanjaro, and his wife have three children, twin girls Remy and Finn, and son Deacon — named after Scottish band Deacon Blue.

His 86 year-old father Tom, who was chief executive of the former Polaroid factory in the Vale of Leven, and his 84 year-old wife Kathleen still live in the burgh. She was admitted to Northwood House Care Home in the summer.

They featured in the Scottish Daily Mail in December 2020 as they are among the first to benefit from rapid Covid-19 testing which will allow them to reunite safely, having been forced to meet outside and use PPE.

Mr Tait hopes that lateral flow tests, which provide results within 30 minutes of him taking a nose swab, will allow close to normal visits with his wife. The home is taking part in a newly-launched Scottish trial scheme which aims to provide an extra layer of protection alongside PPE.

“I am happy to participate in this pilot in the hope that we get to the point where we can spend more time together,” he said.