After a high flying career in magazine editing, Lucy Yeomans — whose parents Harry and Margot ran the Mardon House and Balvaird residential and nursing homes in Colquhoun Street from the mid-80s until 2005 — is behind a game called Drest.

It weaves real-time editorial content in the form of styling challenges, virtual and real-life new season clothes, avatars created from fashion and celebrity talent, as well as community features, allowing users to be inspired by the thousands of creations of other stylists. 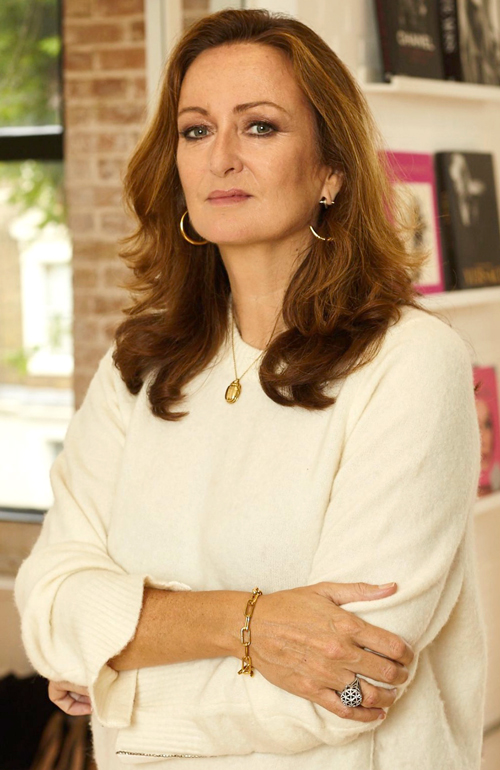 For Lucy, it has been a fascinating journey from schooldays in Helensburgh to the top of magazine journalism, and now gaming.

She was born in London, but then her parents moved north to Kilcreggan for business reasons, and later to Helensburgh. For a time Harry ran a pet shop in the burgh.

Lucy — who has older and younger brothers Michael and Alastair — was a pupil at Lomond School, where she was a prefect. Her classmates remember her as popular and a talented artist ,who also played the flute beautifully.

She went on to study the history of art at St Andrews University, where she graduated in 1992.

After a trip to Paris she decided to go there to work in 1993, where she was first arts editor and then editor of an English language lifestyle monthly magazine called Boulevard.

She also freelanced for Harpers & Queen, the Australian version of Vogue, and the Sunday Times.

Her first big article, about an unknown actor called Hugh Grant, appeared in the Daily Telegraph in 1994, much to her father Harry’s delight.

“He thought his useless daughter had run off to Paris and would come to nothing,” she said. “After that I think he thought things weren’t going to be so bad after all.”

Her next move was to London where she joined The European, a weekly newspaper founded by Robert Maxwell in May 1990, as features editor, covering news, culture and fashion.

In 1997 she joined the Tatler magazine as features editor. Less than a year later she became senior features editor, and a few months later deputy editor.

When she served as acting editor for several months the magazine’s circulation grew significantly.

In 2000 she was appointed deputy editor of Vogue magazine in 2000 but was offered, and accepted, the position of editor-in-chief of Harpers & Queen at lunchtime on her first day.

She took up the role in December 2000, and her first issue in March 2001 was much publicised and highly praised.

It included a featured called ‘Rockocracy’ about Rolling Stones guitarist Ronnie Wood and his son Jesse — which resulted in Ronnie holding a party in her honour. He is just one of countless celebrity friends.

In 2006 she oversaw the successful transition of Harpers & Queen to Harper’s Bazaar and the following May 2007 it won the top award at the Periodical Publishers Association Awards and was named Consumer Magazine of the Year — beating Vogue, Grazia, and Heat to take the main award.

In November the British Society of Magazine Editors chose Lucy as its Editors’ Editor of the Year, and the following month she was named by The Independent as one of the Media 50 Newsmakers of 2007.

The newspaper stated: “One of the most glamorous and best-connected women in magazine publishing, Yeomans has completed a long journey to reposition her title, Harper’s Bazaar, taking it step by step from society handbook to a fashion bible for aspirational young women.”

In 2012, after twelve years as the editor of Harper’s Bazaar, Lucy became the global content director of Net-a-Porter, launching the company’s weekly digital magazine The Edit in 2013.

This was followed by the acclaimed global fashion bi-monthly print magazine Porter in the spring of 2014, of which she was editor-in-chief and oversaw the magazine’s highly successful Incredible Women franchise.

In February 2019, she left Net-a-Porter to set up her own fashion and technology business.

“I am particularly proud of having created Porter, a game-changing new global editorial brand that has empowered and celebrated incredible women from its launch,” she said.

“As Porter hits its five-year anniversary milestone, it feels like the perfect time to take on an exciting new challenge.”

That October she announced the launch of her innovative fashion platform called Drest, a game which is an entertaining and shopping platform for creativity and inspiration, highlighting some of the top fashion brands.

Lucy told an interviewer: “Along with the rest of the fashion industry I observed the decline of traditional print titles, as audiences moved to digital and social channels.

“I watched social media creating a new raft of fashion stars — making stylists, art directors and photographers out of people outside the traditional publishing firmament.

“The influence that had for years been wielded by a select group of editors, stylists and writers was, it seemed, thrown wide open.

“But, and this concerned me, this was still limited to those who could either afford – or had access to – the product, and most crucially of all, looked a certain way. Was it really that much more democratic?

“Earlier, I had become intrigued by the rise of gaming among a broader demographic. The gaming population is now larger than that of film, television and music audiences combined, and more than 60 per cent of mobile gamers are female.

“For any sector, gaming and community entertainment is clearly an area to consider seriously. Could, I wondered, luxury fashion ever take this leap of faith?”

She took the plunge, and it was launched in February. Already Drest — an old English word for dressed — has partnerships with Burberry, Stella McCartney, Prada, Gucci, Puma and Christian Louboutin. More collaborations are promised.

“I hope Drest will allow a wider audience to get close to the highly creative and expressive world of fashion: getting to know the designers, the brands, the stylists, the models and their stories, as well as, of course, discovering the eclectic and beautiful array of luxury products at close quarters,” she said.

“Above all, however, I hope Drest will become a place for users to unleash and realise their creativity.

“The platform encourages and celebrates individuality and self-expression and I am constantly blown away by both the beauty and flair of our users’ creations.”

The much-travelled Lucy, who is reported to be worth some £12 million, shares a loft apartment in London and an 18th century rectory in Gloucestershire with her partner, celebrated artist Jason Brooks, and their eight year-old daughter Red.

She is a member of the British Fashion Council and chairs its press committee, serves on the committees of the Royal Academy and the Hoping Foundation, and is also a trustee of FilmAid, a charity that uses film and video to entertain and educate refugees around the world.

A keen gardener, she enjoys walking, running and going to the theatre, and is a huge fan of Formula One motor racing. She relaxes by playing her baby grand piano.