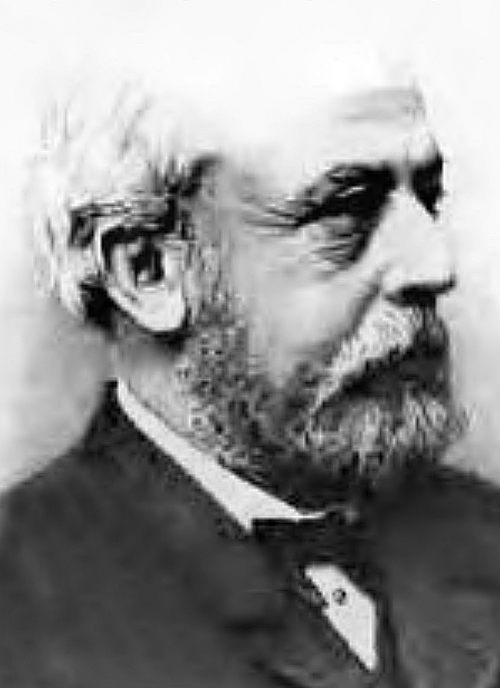 A HELENSBURGH man who became one of the early tea planters is the subject of a new video film.

‘Thomas McMeekin’s Tea Times’ can be seen on Youtube and on the London Tea History Association’s website, and lasts 35 minutes.

Thomas McMeekin was born in the burgh in 1834. He was the second son of Glasgow man John McMeekin and his wife, who married in Helensburgh in 1831 and had eight children.

The family — who had relatives in Cardross — was always interested in horticulture, and Thomas was sent to London to serve an apprenticeship as his father had before him.

Records at the Royal Botanic Gardens in Kew show that he was engaged to work there in 1858, having previously worked at the Crystal Palace.

He joined the Kew Gardens staff to extend his knowledge before seeking the post of superintendent of the Horticultural Society’s garden in Calcutta.

He left for India on April 3 1859 to work in the garden, but not as superintendent.

His life changed dramatically when he was approached by a Colonel Mooney, who suggested that there were great prospects of making a fortune in the tea industry. This dream was realised, but not at first.

His agreement with the Colonel was that he would grow the tea at Cachar where they took over the Doodputlee Estate, while the Colonel looked after marketing in Calcutta.

Thomas sent the tea to the Indian capital — but no money came back. After three years he went to Calcutta to find out what was going on.

He discovered that his partner had been investing the proceeds of the sale of tea with the bookies on the Calcutta racecourse, with no success at all. The partnership was dissolved on the spot.

He had enough money to arrange his first home leave in 1864, during which he married Paisley lass Eliza Gilmour. In the next four years three of their children were born on the Doodputlee Estate.

After home leave in 1869 he moved to Sylhet where he took over the derelict Allynugger Estate which he redeveloped.

During this time he invented and patented an improved firing apparatus consisting of a chest of drawers with wire mesh trays to take the place of the hour-glass shaped baskets then commonly used over charcoal fires.

The firm of McMeekin & Co., with Thomas McMeekin and Peter McDonald as partners, commenced trade at 19 Wellington Street, Glasgow, in January 1873, with the object of fostering the sale of pure Cachar teas.

It traded with moderate success until 1880 when Thomas formed a new company based at 6 East India Avenue in London, and which went on to be highly profitable through its involvement with the Irish tea trade.

All this brought him to the attention of Sir John Muir, head of the famous firm of James Finlay & Co. Ltd., and he worked for Finlays as an agricultural expert.

In ‘The Recollections of a Tea Planter’, editor J.T.M.McNie writes: “I hope that  am right in that the tradition of old Tommy McMeekin has been handed down, and will continue to be handed down, as long as there is tea in Sylhet. 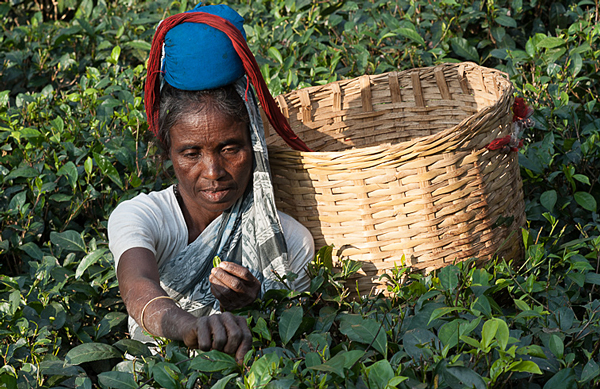 “For McMeekin was the pioneer of Finlay’s great interests there, and though a figure of legend now, he was the authority that mattered in the seventies.”

He was put in charge of Finlay’s tea department in Calcutta, instituted in 1880, but also extended his private estate holdings without reference to Sir John.

This caused a row which, some sources say, led to the termination of their agreement in 1885, and the agency of his gardens was lost to Finlays.

Andrew joined McMeekin & Co. in 1884 as a buyers assistant and worked there for three years.

He then went to America, trained in electrical engineering, and worked for five years in the Edison Company.

However he was recalled by his father at a time when tea was going through a periodical slump and Allynugger was suffering from management problems.

Thomas decided to return to England and set up a marketing company there, leaving his sons to manage affairs in Assam, and he officially retired in 1890.

He was attracted by the availability of a mansion and land at Norwood in South London, perhaps because his Crystal Palace experience had given him a familiarity with views from the Norwood Ridge. So he bought it.

Then he set about realising his ambition to have a grand modern house with a surrounding imposing landscaped estate. He called the new mansion Falkland Park, perhaps to exploit the grand title of the previous owner.

A later press report from when the house and eight acres of the estate were donated to the Baptist Church to become a college speculates that the house must have cost in excess of £40,000 when it was built in about 1890.

His pleasure did not last long because he ran into financial difficulties said to be due to the delayed arrival of two ships laden with tea from his estates.

There was also a slump in world tea prices at about that time, and this may have contributed to his troubles. Although no doubt galling for him to do so, he moved back into a smaller house nearby and put Falkland Park and its estate up for sale.

After a few years he decided to retire to Bournemouth, and he died there on November 25 1907 at the age of 75.

In the years between 1895 and 1907 Andrew and his younger brother John put the estates on to an extremely profitable level and laid the foundations for their sale to Duncan Bros for a sizeable sum after their father’s death.

Another son, Thomas Doodputlee McMeekin, born in Cachar in 1866 and also involved in the tea trade as a planter and growers agent, was a member of the three-man crew that won the gold medal for six metre yachts at the 1908 London Olympics.

Thomas served with the Royal Flying Corps during World War One and died in hospital in Chichester in 1946, seven months after the death of his wife Leila.

McMeekin & Co. finally merged with Finlays — who had from the very inception provided it with financial backing, especially when it has problems after the First World War — in 1961.

They presented a suitably inscribed oak seat to Kew Gardens to perpetuate the memory of Thomas McMeekin. 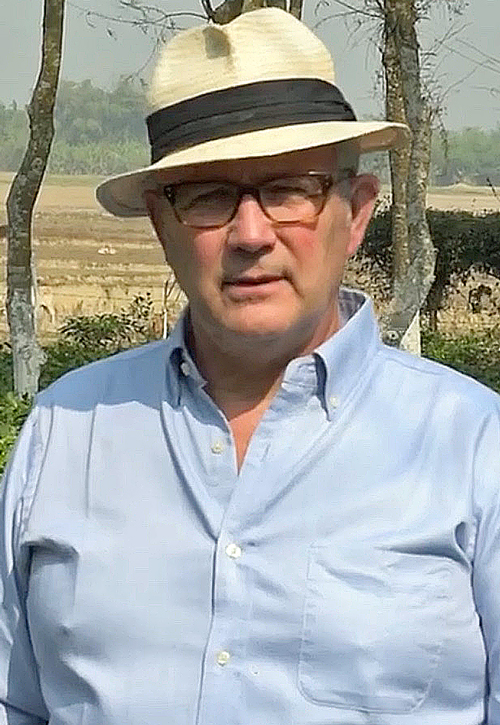 All this came to light thanks to Thomas’s great grandson Andrew, a photographer who was born, lives and works in Lowestoft in Suffolk.

He decided to research his life in tea — and the result was the new video film ‘Thomas McMeekin’s Tea Times’, which can be seen on Youtube and on the London Tea History Association’s website.

Andrew said: “This film is in every sense original.

“Gaining access into an almost secret world we established reciprocal trust and respect with the people we filmed and overcame restraints of old fashioned protocol.

“My story gave back a missing part of the puzzle of tea garden history as little documentation remained following the Bangladesh War of Independence.

“The camera brooked language barriers which could have been a hurdle. Food and music also proved useful communicators!

“My professional life began building up and running a successful hair salon. Phase two was my parallel move into photography. The balance slowly tipped and photoshoots became my chosen world.

“I’ve always been an ‘I’ll go and find out’ type of person and as a photographer I yearned to make my pictures ‘move’. Embarking on my film career was very much a ‘learning by doing experience’.

“The subject choice was prompted by the death of my mother Lorna at the age of 97. Her papers had revealed details of the fascinating life of my great grandfather.

“I knew our family had tea in its blood and the documents brought memories back to life again. I decided that Thomas McMeekin’s story as a pioneer tea planter in India deserved to be told.”

The colourful and atmospheric film tells the story on a journey to the original plantations which are now in Bangladesh.

The video can be seen at www.youtube.com/watch?v=y5pDfosVnBw, or at www.londonteahistory.co.uk/Default.aspx?id=720481.