HELENSBURGH and District watched with interest and pride in 1960 as Britain’s first mountain ski chair lift was built and came into operation in Glencoe.

Behind the project was burgh man Philip Naismith Rankin, of The Byeway, 14 West Abercromby Street, and it was extensively reported in the Helensburgh and Gareloch Times.

Sadly Major Rankin, who lived in Ballachulish and had been planning to celebrate his 100th birthday in April, died peacefully at home on Sunday March 12 2017.

Last November BBC Radio Scotland’s John Beattie programme revealed that a campaign had been launched to seek a royal honour for the man who, though born in Glasgow, was brought up and married in Helensburgh, but it did not have time to succeed.

On March 1 2013 he was the guest of honour at a party at Glencoe Mountain to celebrate 60 years since he first floated the idea of a ski area there, and 56 years since the first lifts went in.

Trained as an engineer, Philip served in the Royal Artillery and then the Royal Air Force during World War Two, flying Spitfires and Mosquitos.

He was based first in Oxfordshire, then Cairo, Calcutta and Rhodesia (now Zimbabwe).

“I had a fine old first class tour of the world,” he recalled. “I must have been the most expensive and useless pilot in the RAF, I think.

“I always arrived just after the battle was finished or left before it started. It wasn’t until 1945 that I first scratched the paint on anything.”

In fact he was shot down over the North Sea after flying too close to a German anti-aircraft battery, and had to be rescued from the water by an Air-Sea Rescue launch.

When the war finished, he returned home, but found civilian life dull.

“There was a feeling of tremendous anti-climax,” he said. “I went from quite an exciting life to reverting to my destiny, alleged, of being a partner in a small Glasgow light engineering firm, which I found extremely boring.

“I went skiing, I think, to get away from the tedium of regular business. I was never more happy in my life than the day I threw my bowler hat over the suspension bridge into the Clyde and took to the hills.”

He became a prominent member of the Scottish Ski Club and edited the club’s Journal — and it was in the winter of 1952-3 that members were given a glimpse of the future when they received the latest edition.

It contained an article he had written suggesting that it was time to build permanent ski tows on the northern slopes of Meall a’Bhuiridh in Glencoe.

Many of his readers may have thought he was some sort of fantasist. But Philip Rankin knew what he was talking about.

He had been studying his chosen mountain carefully, and knew it had snow well into the spring, long after all the neighbouring peaks had turned brown.

“It has an ample corrie deeply scored with ravines, which collect such a mass of snow as to be virtually impervious to even weeks of thaw,” he wrote.

Not only was the proposed ski area reliable for snow, it offered some seriously challenging skiing for those who wanted it.

He suggested that the steepness of some of the terrain might cause even the bravest skiers to “consider carefully the merits of prudence as against taking it straight”.

He then quit his engineering job and set about turning his dream of commercial skiing at Glencoe into a reality.

The first permanent lift on the hill — and the first anywhere in Scotland — eventually opened for business in 1960, the year he married Gudrun Marianne Weiland at home in Helensburgh. They were together until her death in 2002 at the age of 75.

Having first skied at Meall a’ Bhuiridh in 1951 and spotted ‘the perfect ski tow line’ in the area now known as the Main Basin, Philip set out to convince the club — and Philip Fleming, owner of the Blackmount Estate — that development on Meall a’ Bhuiridh needed to be what he called on a proper scale.

He succeeded, and Fleming even gave him half the money he needed to get started.

However, skiers still had to hike a good distance from the car park to get to it, so the Access Chairlift was added in 1959. “We did it arse-up from any sane way of doing it,” Philip said of the initial development.

“We put the ski lift on the top and walked to it because there was no other way we could get there. But we very soon realised that if the resort was going to be commercial there was no way we were going to sell that walk up the hill.

“Obviously that was only going to work for the real enthusiasts, so the next move was to put the first chairlift there.” 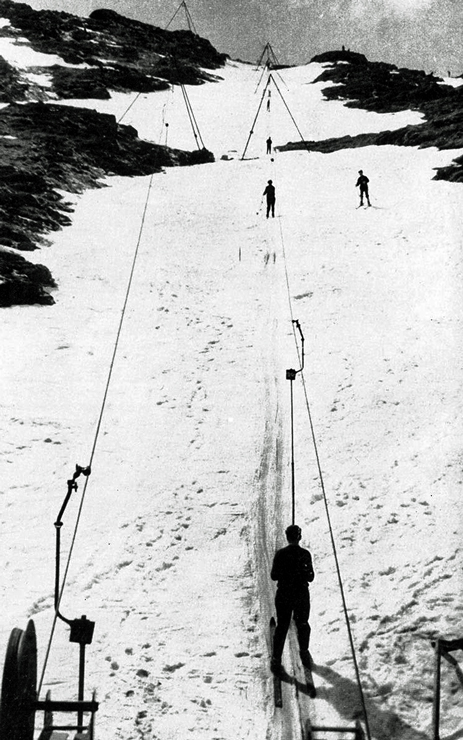 Installing ski lifts in the 1950s was very labour intensive as they transported heavy machinery to the remote location over difficult terrain.

One answer was the acquisition of an ex-military armoured personnel carrier called a Weasel. “It was the only way you could get stuff up the hill,” he recalled. “They did a job, but it was a difficult way of doing things.”

He was helped by a group of keen mountaineers and skiers from Glasgow who shared his engineering background, and it led to a golden age of skiing.

It took a few years before the idea of commercial skiing came full circle, but the Glenshee and Cairngorm ski areas opened soon after in the early sixties. By the seventies the Lecht was opened and then in the early eighties the Nevis Range.

Philip served as managing director of White Corries Ltd., the original name of the Glencoe ski area, until he retired in November 1992, and skied there for the last time in his early eighties in 2000.

On March 1 2013, 60 years since Philip published his ideas in the Journal, Andy Meldrum invited all the old-timers he could contact to be present when a specially-commissioned photo portrait of Philip was unveiled in the Log Cabin Restaurant at the resort.

More than 40 people from the early days of Scottish skiing attended, including members of the original work party and ski patrol.

One partygoer said: “It was so nice to catch up with the folks who made all this possible, and to see Phillip honoured in this way.

“He’s as sharp as anything and gave a truly great and very humorous speech in which he acknowledged the pivotal part played by the first ski patrollers, and their ingenuity in acquiring parts of Clyde shipping to make Glencoe run.”

The chairman of Ski-Scotland, Heather Negus, told them: “Ski-Scotland is delighted that Glencoe has recognised the achievement of this remarkable man.

“Without his vision, determination and practical knowledge, it is possible that downhill skiing might never have been established in Scotland.

“Little did he know then that he was founding an industry which 60 years later would be worth around £30M per year to the Scottish economy, with great snow sports conditions at all the resorts.”

“Very often when somebody puts a resort together, ten years down the line they’ll look at it and go ‘I wish I’d put that tow here’ or ‘I wish I’d put that lift there,’ but today everything is in more or less the same place — which means they pretty much got it right first time.”

In February this year another party was held to mark six decades and included a torchlit descent and a fireworks display. Legendary mountain rescuer Hamish MacInnes even took Philip for a drive in his Porsche 944.

Andy Meldrum said: “Listening to stories of how it took two weeks of work by willing volunteers to move a gearbox up the hill inch by inch, made me realise just how lucky we are now with all the modern equipment we have.

“One thing that has not changed at Glencoe, though, is the spirit and energy that means customers will grab a shovel and help dig out lifts in the morning. That pioneering spirit is still alive and well.”

The Glencoe resort almost went out of business for good in 2009, but Andy Meldrum’s decision to turn it into a Community Interest Company, opening access to EU funding, ensured its survival for the time being and enabled much-needed investment in infrastructure. 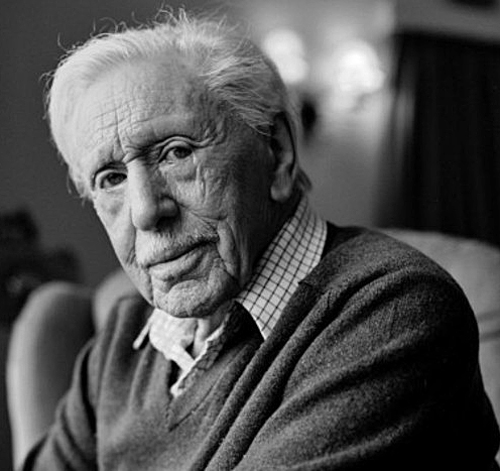 After going back to the resort in February 2016 he was amazed by the changes he saw. “I was very agreeably surprised at what it’s become,” he said.

“To my absolute amazement we went across the Plateau in a Land Rover — they’d made a roadway up — and there were these sort of snow buggy taxis buzzing around all over the place.

“I was absolutely astounded. But all very good — a lot of it stuff I’d dreamed of doing but there was just no possible way of financing it.

“They still haven’t put up the lift that I’d like to see, though. I would like to see one going up what is called the Spring Run.

“But I can’t complain about that — they’ve done wonders.”

In a tribute after the annuncement of Philip's death, Andy Meldrum said: "Not only did Philip Rankin and the others build the first lift, they identified exactly the right places where there would be snow for skiing.

"Scotland's snowsports industry has much to be grateful for for Philip's vision 60 years ago."

A spokesman for Snowsports Scotland said: “It is with deep regret and profound sadness that we announce the passing away of a valued member of the Snowsport community.

“Philip Rankin was a founding force of the mechanized uplift in Scotland and passed away in the comfort of his own home.”

Rankin's Return, a new ski run created in honour of Mr Rankin, was opened this year at Glencoe Mountain.