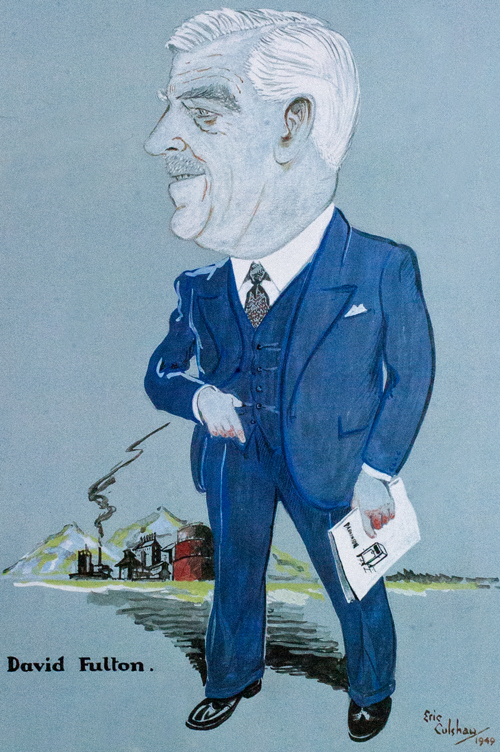 A HELENSBURGH man who died in 1983 at the age of 96 is considered to have made the great single Scottish contribution to the establishment of the gas industry.

David Fulton is best remembered locally as a much admired and long serving president of Helensburgh Golf Club — holding the office from 1963 until his death on May 7 1983, and still making speeches at the club in his nineties.

But according to the Gas Journal in 1968 none of Scotland’s sons was held in greater affection in the industry than he was, after spending all his working life in the industry and achieving a unique reputation as a pioneer, educationalist, crusader and character.

Born on October 3 1886 in Partick, the son of Thomas Fulton and his wife Margaret, his working life began in the Dawsholm works of the Glasgow Corporation Gas Department.

He became a member of the Junior Gas Assocation (Western Scotland), then its secretary, and he served as president in 1915-16.

David said later: “Becoming a member of the Juniors was for me the beginning of a real interest in the gas industry as a profession.”

He studied for the City of Guilds of London Higher Grade Examination  in Gas Engineering and received a First Class Certificate, and became a shift supervisor at Temple Works experimental plant where coals of all types from Britain and Canada were tested and compared.

Early in 1912 he was appointed assistant engineer and manager to the Helensburgh Gas Corporation at 54 East Princes Street. It was the era of gas street lighting.

His boss was William Blair, of whom he said: “Mr Blair was a kindly man of the old school, very pleasant to work with; thoroughly practical, never so happy as when, tools in his hand, he was assisting at a plant repair.”

Mr Blair made a wise decision on the type of gas equipment to be used in the burgh, and the outcome was a stable and acceptable price for gas locally until the start of World War Two.

Early in 1915 he died in a cycling accident, and was succeeded by his assistant, David.

During the First World War he rose to the challenge of maintaining the gas supply despite the difficulties and restrictions of wartime.

He was elected secretary of the North British Association of Gas Managers in 1920 and became its president in 1929-30.

At that time he was involved in the early negotiations with the Principals of the then Royal Technical College in Glasgow, later to become Strathclyde University, and the Heriot-Watt College in Edinburgh over the training and examining of entrants to the gas industry.

In 1938 he was a member of a small committee which organised a Gas Pavilion at the Empire Exhibition in Glasgow.

He went on to chair simultaneously the Scottish Committees of the National Gas Council, the Federation of Gas Employers, the Regional Joint Industrial Council and the British Commercial Gas Assocation, which meant many absences from his job in Helensburgh — only made possible by several very capable assistants.

Edinburgh’s Waverley Association of Gas Managers occasionally invited someone from outwith Edinburgh and the Borders to serve as its president, whose only duty was to prepare and read an address at the annual meeting. David was given this honour in 1938.

After World War Two the Labour Government was committed to the nationalisation of the gas industry, and David fought successfully for proper compensation for the many non-statutory gas companies in Scotland.

He retired from his post in Helensburgh in 1949 on his appointment as a member of the Scottish Gas Board.

That year he hosted a dinner in Edinburgh attended by many of the men who had served as his assistants.

The eldest, Thomas A.Rowan, who worked with him from 1914-24, presented him with a clock with a silver plate inscribed: “To David Fulton  with Affection and Gratitude from his Assistants 1914-1949.” 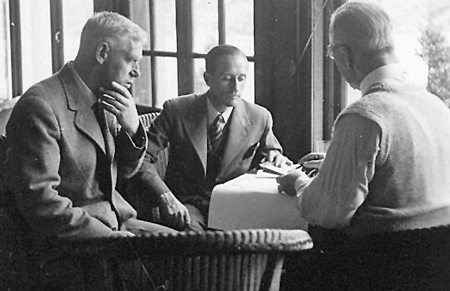 He also gave him a Highland brooch with stone inset, to be given to his long-serving housekeeper at Glenshiel, Mrs North, who was still looking after him at the age of 83.

He replied that his only regret about the dinner was that it was not being held at Glenshiel, but he felt that the excitement of entertaining ‘her boys” would have been too much for Mrs North.

The aspect of his work in the industry with which he was particularly associated was education.

One leading industry figure said of him: “Mr Fulton expressed his mind as a dour Scot on many occasions and refused to accept without qualifications the views of others, but he always loyally supported any decision reached even if at times he had put his own interpretation on it.

“David was and is a doughty warrior for every cause he champions.”

Another, Institution president David Beavis, said in his presidential address in 1967: “It was an auspicious day for me when I became assistant to David Fulton, then engineer and manager of the Helensburgh undertaking.

“Management development was a science yet to emerge, but it was he who enlarged my perceptions of the broad canvas of affairs and men and, by his wise counsel to me, set my footsteps on the way to this rostrum.

“To him I express a debt which cannot be repaid, save perhaps by this achievement.”

In his eighties he was still leaving his Glenshiel, 48 William Street, home to attend conferences of gas engineers at home or abroad. 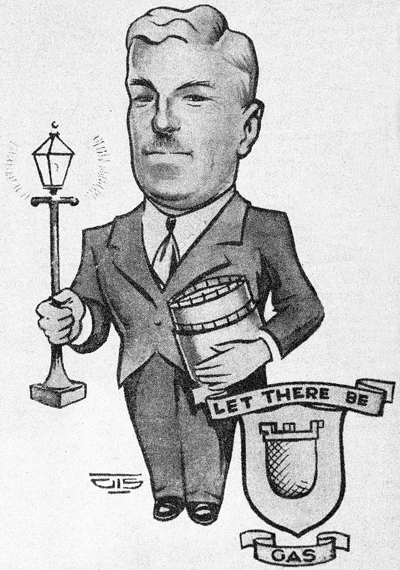 David told the Golf Journal: “Many years ago I was told that life in the gas industry was full of interest. I have found it so.

“Opportunity has been my ally and thus I have been able to play some small part in the development of the industry. That I have made so many lasting and valued friendships is in all humility a source of wonder to me.”

Outside work golf was his great love, and he was one of the founders of the Scottish Gas Engineers Golf Circle and captain in the early 1930s.

He won the cup at its second competition at Dunfermline, and the Circle played a big part in his lifetime love of golf.

He joined the Helensburgh club when he moved to the town, and served as its captain from 1944-7. He was a good player, and he had a fund of stories which he delighted in telling.

Even in his seventies he was still winning cups at the club, and in his eighties he still played regularly and attended important club functions.

When he died in hospital he was the club’s longest serving member and also the oldest parishioner of the then St Columba Church.

The Rev Fred Booth conducted the funeral at Cardross Crematorium.