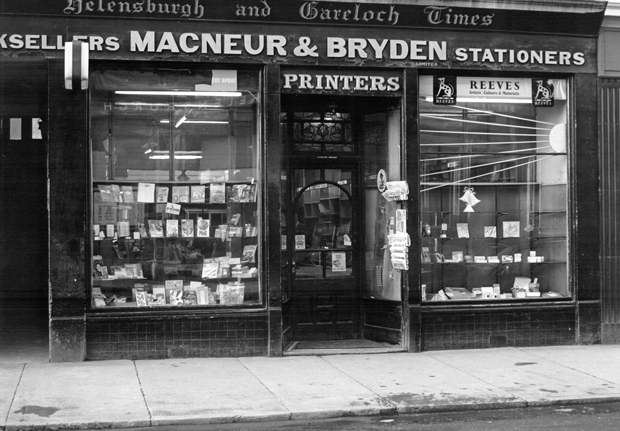 WHEN townsfolk and visitors walk out the main entrance from Helensburgh Central Station, opposite them is a piece of local history.

Painted on the wall above the shops is ‘Macneur & Bryden Ltd.’, the name of a multi-faceted business which was probably the most used and best known shop in Helensburgh for almost a century. 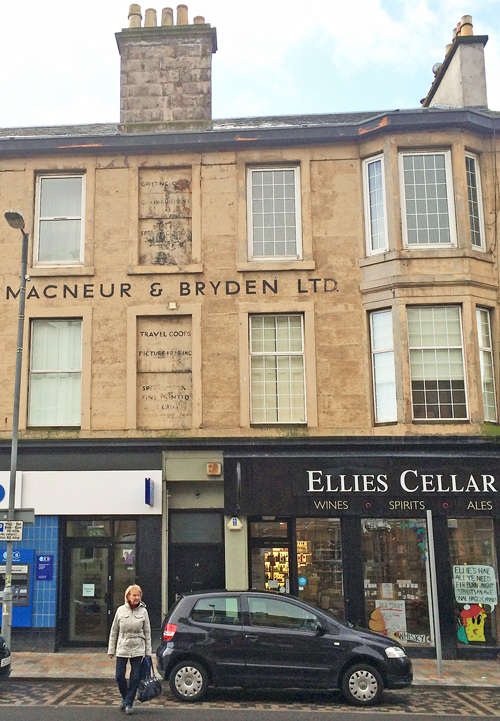 Where Ellies Cellar wine and spirits shop is now stood a newsagents, printers, stationers, fancy goods, china and toy shop. You name it, they sold it — and they also restrung tennis rackets.

The close next to the shop led to the printroom of the Helensburgh and Gareloch Times weekly newspaper which they printed, while on the floor above was the caseroom and editorial office of the paper.

Macneur and Bryden opened their doors in 1875 when Samuel Bryden went into partnership with a brother-in-law Mr Macneur and bought the premises at 26 East Princes Street from William Battrum, the printers.

Sam laid the firm foundations for a prospering company, building it up into a well stocked and popular stationers, booksellers, newsagents, librarians and property agents.

Five years later in June 1880 he master-minded the launch of a newspaper, the Helensburgh and Gareloch Times.

The thundering of the press from behind the shop was a familiar sound until 1973, when the paper was sold to Scottish and Universal Newspapers.

They closed the printworks, took the printing to other centres in Scotland, dropped “and Gareloch” from the title, and eventually stopped selling the paper.

The circulation steadily declined and it became a free sheet. Just a few months before its centenary, they closed it completely.

Over the years the firm initiated, edited and printed several very important books and booklets about the history of the town and district which remain key reference books to this day.

Long serving Town Clerk George Maclachlan wrote the first one, and several decades later author and businessman J.Arnold Fleming wrote the much smaller last one, as well as a pamphlet about the World War Two Military Port at Faslane.

Sam Bryden (left) was very well known in the town, not just as a shop owner.

A native of Lockerbie, he trained as a banker and came to Helensburgh when he was about 30 from Port Glasgow, having been transferred to the local branch of the Clydesdale Bank.

He became the town’s hon treasurer, a magistrate and county councillor, and in 1902 — the burgh’s centenary — became Provost of Helensburgh, serving for two terms until 1908.

In this capacity he welcomed many important visitors to the burgh, including General Booth, founder of the Salvation Army, on his only visit to Scotland.

An obituary noted that many notable schemes were carried out while he was a member of the council.

These included the erection of the centenary monument, originally in the middle of Colquhoun Square, although it was soon moved to the north-west quadrant because of the danger to all kinds of traffic.

As a magistrate he signed off the Dean of Guild warrant for the building of Hill House by Charles Rennie Mackintosh.

When he retired from public affairs he was the recipient of a public testimonial in recognition of his valuable services to the community.

He was for many years an elder in St Columba Church, and was superintendent of the Sunday School.

In politics he was a keen Liberal, and was an enthusiastic worker for the cause of temperance.

He died at his 10 Glenan Gardens home in 1931 in his 81st year, and was survived by a grown-up family of four sons and two daughters. 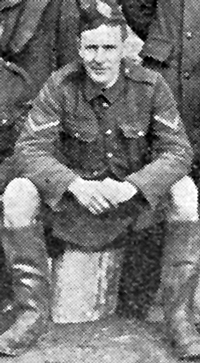 Walter McEwan Bryden (right), of Hawthornhill, 56 Grant Street, took over the business when the ex-provost died.

He was joined by J.Russell Paterson, and he ran it until he retired at the age of 82. George Ferguson, an accountant and property agent, replaced Mr Paterson.

Walter served in the Argyll and Sutherland Highlanders in World War One, rising to the rank of Quarter Master Sergeant.

He was awarded the Meritorious Service Medal for conscientious service during the second battle of Ypres and while with the 45th Infantry Brigade Headquarters on the Arras front.

Walter Samuel Bryden, who was born on New Year’s Day 1910, became managing director in 1959, and estate agent Angus C.Wylie was appointed to the board. At that time Walter lived at 120 West Clyde Street.

Walter, like his grandfather, was drawn into the world of journalism and was editor of the Helensburgh and GarelochTimes — which was affectionately known as the local rag or the one-minute silence — for 13 years.

For most of its life its front page was all advertisements, and many of the advertisements were for items for sale at ‘Macneur and Bryden Ltd. opposite the station’.

However when HM The Queen and the Duke of Edinburgh visited the town in 1965 a celebratory issue was produced on pink newsprint — and with front page news, which continued until the paper’s close.

The Brydens were also responsible for the running one of the town’s lending libraries until the Town Council took over the Templeton Library.

Mystery surrounded the end of a town shopping era in 1979 when the shop closed its doors to the public for good after 104 years of business. No-one knew at the time who had bought the premises or to what use they would be put.

The shop was sold in August of that year to a firm of Dumbarton solicitors acting on behalf of an un-named client. But in late September Mr Bryden was still in the dark as to who the client was.

He said he had heard a rumour that the property was to be rented out, but nothing definite had been heard from the lawyers or the mysterious new owner.

While conjecture continued over the future of the premises, Mr Bryden attended to his many regular customers who rummaged among the goods in the closing down sale as they visited the shop for the last time.

The final curtain on a shopping tradition fell when items of shop furniture such as the counters and other hardware were sold off.

In due course the East Princes Street premises became a wine and spirits shop, which has had various owners. The first floor editorial, typesetting and page composition rooms became a flat. 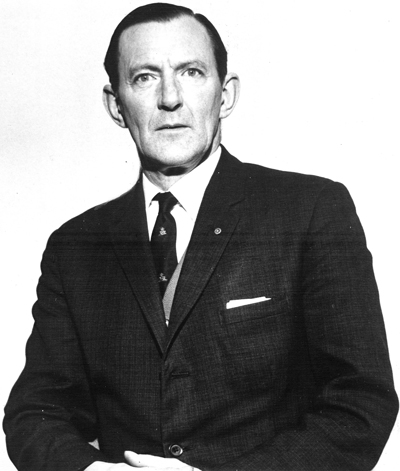 Mr Bryden, who then joined fellow director Angus Wylie in running the Macneur and Bryden Ltd. Estate Agency in West Princes Street, said: “I think it was with strong feelings of nostalgia that I saw the premises being depleted and wound up.

“It has certainly been tremendous fun as far as I am concerned, and I have thoroughly enjoyed my time in the business. I have been fortunate in having a very pleasant staff.”

The shop had an especially high reputation in the town for personal service. Mr Bryden said that he liked to meet customers and had a particularly happy association with the older generation of residents.

His one regret was that no-one continued printing the popular Helensburgh Directory and Town Guide — the last copies of which were produced in 1956 and 1957.

Walter, who latterly lived at 18 Dalmore Crescent, was a keen tennis player, golfer, angler and gardener. At Helensburgh Lawn Tennis Club he was renowned for his immaculate striped blazer.

He was president of Helensburgh Amateur Operatic Society for 13 years and became the hon president.

A founder member and past president of Helensburgh Rotary Club he was the first of only six members of the club to receive the high rotary honour of a Paul Harris Fellowship.

It was presented to him by the then Rotary International president Edward F.Cadman at the District 1230 Conference in Aviemore in 1985 which was organised by the town club.

This was the first and only time an RI president attended a district conference in Scotland.

In August 1997 Walter was elected as an honorary member of the club, but he passed away on October 30 that year.

His wife Doris was a regular exhibitor at town art shows, and they had two children, a daughter living in Canada and a son, an engineer in Edinburgh.