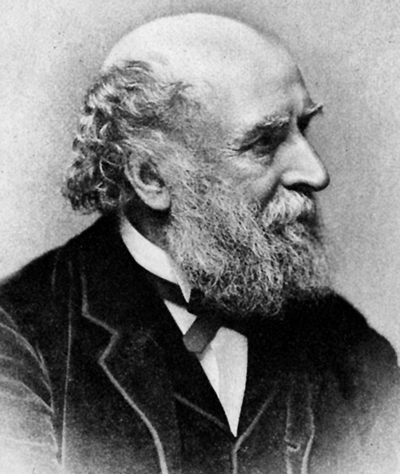 James Hedderwick, LL.D., of Rockland, East Clyde Street, started the Weekly Citizen in 1842, and in 1864 he turned it into the Evening Citizen, the city’s first evening paper, on sale at half a pence.

Established for a family readership, it became known as the churchgoers paper because it provided a list of Glasgow Sunday Services in its Saturday edition.

It was followed by its great rival, the Evening Times, founded in 1876, which is still being published as a sister paper to the Herald. The Citizen ceased publication in 1974.

A third paper, the Evening News, a Tory publication and one of the first papers in Britain to publish a special edition with all the football results, appeared in 1915 and ceased publication in 1957.

The son of a Glasgow printer and publisher, James Hedderwick was born in Glasgow on January 18 1814.

He spent a year at university in London, winning first prize in the rhetoric class, and worked as a sub-editor on the Scotsman in Edinburgh for a few years, but throughout his life he was closely identified with Glasgow.

In 1842, with the co-operation of his brother, he started the Weekly Citizen, and for two years in the 1860s published and edited a purely literary paper under the title of Hedderwick’s Miscellany.

In both of these publications he discovered and encouraged able contributors of both prose and verse.

In August 1864, he started the Evening Citizen, and in recognition of this the University of Glasgow conferred on him the degree of LL.D. Thereafter he was known as Dr Hedderwick.

In his boyhood, he learnt about printing in his father’s office, but he was much more interested in writing, in various different styles.

He studied elocution under Irish actor and playwright Sheridan Knowles, and became a great mimic and a good singer, as well as a stirring and impressive orator. A splendid conversationalist, he was highly gifted as a raconteur.

He published a small book of poems in 1844, and in 1859 he published “Lays of Middle Age”, which was republished in 1889 with a few additions. It can be seen in the local collection in the Heritage Centre at Helensburgh Library.

This volume, written in nine-line stanzas, contains a thoughtful series of 55 short poems, which might be called a criticism of life.

In 1881 Dr Hedderwick published ”The Villa by the Sea and other Poems”, which containing some excellent work — the title poem referring to his home in East Clyde Street.

His prose work consists of several contributions to the “Tales of the Borders”, a biography of the poet David Gray, and an autobiographical book entitled “Backward Glances”, which appeared in 1891 and consists of a series of chapters of events and people in his lifetime. It too is in the local collection.

From his early years he spent the summer months in Helensburgh, where he was admired for his light, graceful carriage drawn by a pair of beautiful, well-matched ponies.

His home in summer was Rockland, “the villa by the sea”, which was designed and built by leading architect Alexander Greek Thomson in 1854 and was originally called Rockbank.

He eventually made it his permanent residence. Townfolk who lived nearby used to watch with interest how well he rode his tricycle. 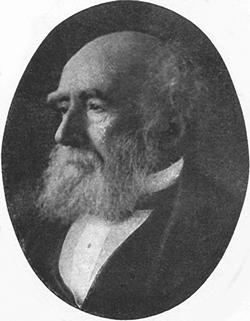 In 1882 he entrusted editing the Citizen to the thoroughly capable hands of staff he had trained, and the regular appearance of the four o’clock edition at Rockland was one of the outstanding events of his day.

Occasionally he would write a judicious literary criticism, or a touching memorial tribute.

His marvellous vitality and captivating buoyancy of spirit never deserted him till he was laid down, severely stricken, about a year ago.

He was always very energetic and cheerful until he suffered a stroke and became paralysed a year before his death at Rockland on December 1 1897 at the age of 83.

He was survived by his beloved second wife Margaret, who lived on in the mansion until her death on December 8 1934 at the age of 93.

His funeral cortege made its way from Glasgow’s George Square to Sighthill Cemetery. There were many coaches carrying the great and the good, and the streets were packed with Glaswegians paying their respects to an outstanding citizen.

A bronze and marble monument to him was unveiled in Glasgow Cathedral in 1901.

His son, Maxwell Hedderwick, who also lived in Helensburgh, was the man behind several features of modern journalism.

Maxwell lived at Redcote, Henry Bell Street, and took on the editorship of the Citizen after his father retired.

He was a pioneer in using the telephone as an aid to reporting, and he is believed to have been the first layman to speak over a telephone connecting Scotland with England.

Maxwell was the fifth son of Dr Hedderwick and his first wife Ellen, and they were 41 and 34 respectively when he was born at 7 Rutland Place, Govan, on February 19 1855.

His birth certificate proclaimed him to be Francis Arthur Hedderwick, but there must have been a change of mind before his christening as he was baptised as Maxwell and used that name thereafter.

He was closely associated with his father and his older brother Edwin in the evolution of the evening paper.

It was on his initiative, in co-operation with the National Telephone Company, that the telephone was first used for reporting work on a large scale — the famous Monson trial in Edinburgh.

He also devised a means of telegraphing and reproducing in print on the same day facsimiles in miniature of the actual hits on the targets at the Wimbledon Rifle Meetings.

He is said to be the originator — important from a newspaper point of view in the era of long single columns of text — of the generally adopted method of breaking up lengthy speeches and articles by forming sub-headings out of the running text.

Maxwell had an aptitude for architecture and applied mechanics, and he carried through quickly and economically, in collaboration with the architect, T. L. Watson, FRIBA, the erection and equipping of the Citizen buildings in St. Vincent Place.

He showed a genius for newspaper work, and was the first to despatch and receive a message over the longest land telegraph and cable connection.

He was admitted as a lay member of Glasgow Art Club in Bath Street on February 27 1890, where he enjoyed the company of city painters and architects, but resigned his membership on March 31 1894.

He was also a designer, and created a safety cycle, but it was not commercially viable.

Maxwell married Miss Annie Mackay Fisher, daughter of writer Donald Fisher, and at first they lived at 3 Florentine Street, Hillhead, before moving to Helensburgh. The couple had eleven children.

The imposing mansion Redcote was built for him in 1881, and many years later it became the home of another newspaperman, Craig M.Jeffrey, who founded the Helensburgh Advertiser with his brother Ronnie.

He also bought Auchendarroch at Tarbet, where he spent much of his time after retiring from the Citizen, in particular in his favourite sport of fishing.

After being ill for ten days he died suddenly at Auchendarroch on September 19 1915 at the age of 60. His widow lived on until December 13 1938.

His elder brother Edwin also worked at the Citizen, from 1879, after a spell at the Scotsman, and he edited the paper from 1915. A father of three, he lived at High Mayfield, 3 Havelock Street, until his death on August 28 1935.

■ The Ardlamont murder, which was also known as the Monson case, took place in Argyll on August 10 1893, gave rise to a high-profile murder trial in Edinburgh.

Alfred John Monson, a gentleman's tutor, received the Scottish verdict of ‘not proven’ in his High Court of Justiciary trial for the murder of his 20 year-old pupil, Cecil Hambrough, at Ardlamont.