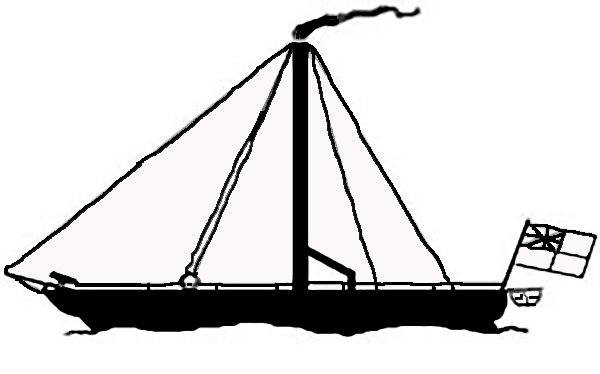 The Trust is a Scottish Charitable Incorporated Organisation (SCIO). It was registered in its current legal form on 18 May 2016. It was previously a company limited by guarantee (no SC16377) and also a registered charity with the same number as at present (namely SC024603). The assets of the company limited by guarantee were transferred to the SCIO automatically on 18 May 2016. It has a single tier structure and as such the trustees are members of the charity.

The constitution was amended on 26 February 2021 to allow the Heritage Trust to hold both board meetings and general meetings online, and to permit voting at these meetings online. This amendment was approved by an online vote of members, and the Office of the Scottish Charity Regulator has been informed of the changes.

The board, which normally meets several times each year, are the charity's trustees. Membership of the board is open to all members. Trustees are elected at the annual general meeting, and the board has the power to co-opt other trustees. There must be a minimum of 5 and a maximum of 10 trustees.

The Trustees of the Helensburgh Heritage Trust continue to promote the objects of the Trust in a variety of ways and to build on the successes of previous years.

The Aims and Objects of the Trust are  :

To enable the Trust to fulfil its Objectives the Trustees meet regularly throughout the year to consider matters ranging from the stewardship of the Trust’s finances and assets, the provision of a winter programme of speakers on a range of subjects, to the provision of visual displays highlighting aspects of local culture and heritage.

The Trust holds and maintains a wide collection of documents and artefacts, which are catalogued and stored in suitable lock-fast premises in Helensburgh Parish Church. This store is likely to be available to the Trust for the foreseeable future at modest cost and the Trust is appreciative of the Church’s generosity in this regard.

For the most part documents and articles in the Trust’s care have been donated or loaned to the Trust (appropriately recorded) while from time to time modest purchases are made of items which become publicly available. Potential purchases are always discussed and agreed by Trustees in advance and funds are designated for such opportunities.

Helensburgh Heritage Trust, like many organisations in the voluntary and charity sector, had a pretty tough time in the last year. Due to the ongoing COVID 19 situation, our winter programme of meetings had to be cancelled because of the uncertainty of being able to hold them as planned.  It was so disappointing as this was the second year that we had no alternative but to cancel. We earnestly hope that the pandemic restrictions are now over and we will be able to offer our members and other interested parties a wide and varied selection of speakers and subjects at our meetings next winter.

There was great sadness both in the Trust and in the wider local community, at the death of our minutes secretary Donald Fullarton MBE. Donald, a distinguished journalist and photographer, was awarded the MBE in 2007 for his tireless work in producing a local talking newspaper for the blind. His contribution to the Trust cannot be overstated and the website, which he ran for many years, is a magnificent legacy which will continue to be enjoyed by thousands of annual visitors from not only the local area but also the rest of the UK and overseas.

We are fortunate indeed that another former Editor of the Helensburgh Advertiser, newly elected Argyll & Bute councillor Fiona Howard, has agreed to become a Trustee as well as assisting with the website. The Helensburgh Advertiser link is also part of Calum McNicol’s story. Calum was at one time the local sports correspondent at the paper and we were delighted when he accepted our invitation to become a trustee.

A major acquisition for the Heritage Trust during the year was the purchase of the Helensburgh Town Council visitors book, which covered the years 1947 to 1974. Pride of place in it go to the signatures of the Queen, Prince Philip and Princess Margaret. An appeal was launched to cover the cost of this acquisition, and the membership responded so well that almost all the cost of £750 was covered.

Another milestone was the erection of an explanatory board at Kidston Park. Its principal function is to describe the important work which was done in the Second World War by the Marine aircraft Experimental Establishment under the name of RAF Helensburgh; it also gives information on the history of Kidston Park itself, Ardencaple Castle and Rosneath Castle. Donald Fullarton had long felt that the stone pillar at Kidston Park commemorating RAF Helensburgh told nothing of its story, and so it was good that the explanatory board was erected before his death. 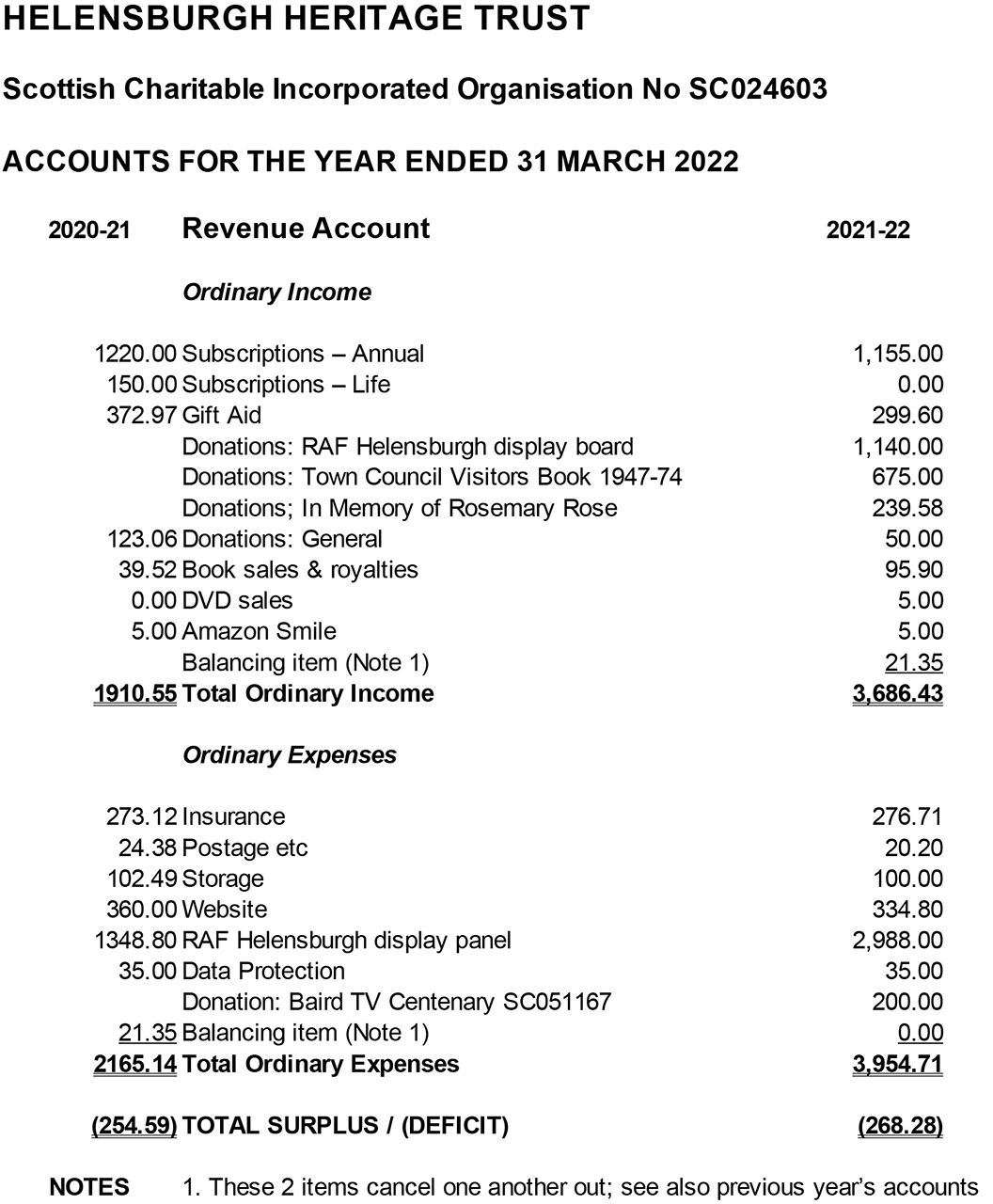 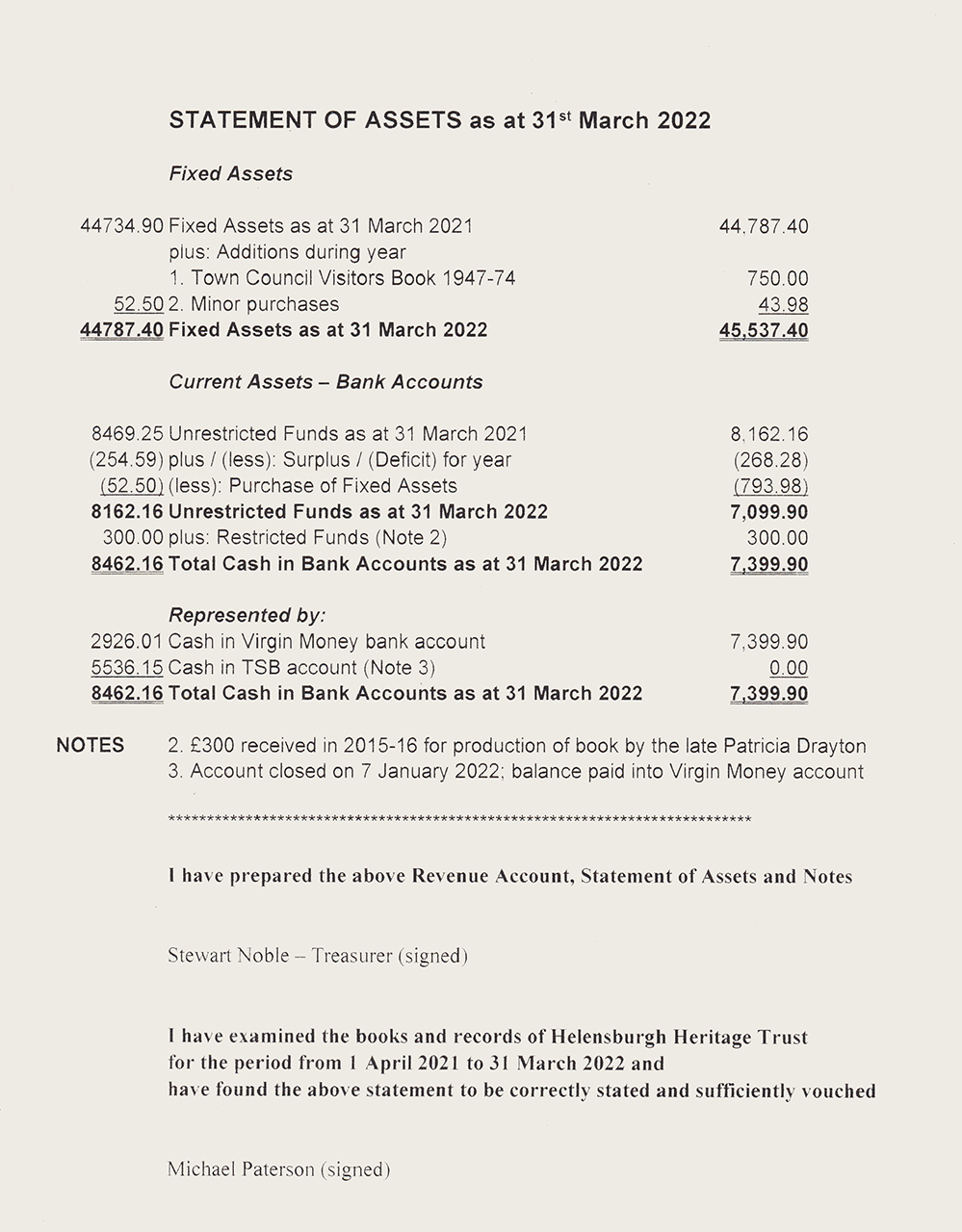